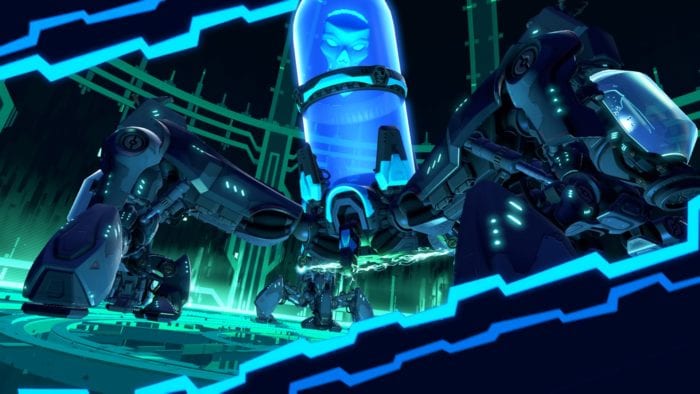 After fighting your way through his base during the first episode of Battleborn, players must face off against ISIC himself. ISIC is a powerful AI who would like nothing more than to crush you like a bug. How does he plan on doing this? By taking over a huge spider-like bot that can summon support and stun you with potent shockwaves and deadly physical attacks.

Before going in, if you happen to be playing solo you’ll want a ranged Battleborn. The fight isn’t completely impossible with a melee type, but the very last phase of the battle is incredibly difficult if you lack range. If you’re playing multiplayer, then this issue is non-existent.

Also, before going in, if you happen to have accrued some gear, anything with skill cooldowns will be your best bet going in. ISIC likes to move around a lot, so powerful skills that can get him during the rare moments when he stops are highly beneficial.

Now that you’re all set, let’s kill us a boss.

ISIC is one of the few bosses in Battleborn who makes his weak point very clear. On each of his mechanical legs are green spots that you must shoot at until they explode. What the game doesn’t tell you is that you only need to take out one of them.

If you plan on focus firing on one (which makes this fight a lot shorter than it needs to be) don’t start attacking until the boss starts coming directly at you. He will always lead with the same leg no matter which direction he was facing seconds ago. This means, the one you’ve been targeting will always be front and center. Once the leg is taken out he will drop, revealing his large battery directly under him. Focus fire on that until he starts back up with his legs.

After the first time you take out his legs, ISIC will start to summon minions. They aren’t too big of a deal, but you can get some shards which can help you activate gear if you haven’t done so already. The fight still remains largely the same. Focus on one leg until he drops then take out his battery. Continue the rinse and repeat until he’s at about 20% health, this is the last phase and when things get slightly tricky.

ISIC will leave his robot restraints and his head will start flying around. He will use a sort of tractor beam attack that launches you into the air making it very difficult to aim. As long as someone hits him he will stop his attack and start to lower. Just make sure that you’re able to get a shot off every now and then as he has no protection and will go down fairly easily. What makes this difficult for melee characters is that you lose quite a bit of movement control during this phase, forcing you to time your swing with when ISIC happens to pass you.

All in all, the fight against ISIC is fairly simple once you realize where to focus. Don’t let his size scare you, he’s just an overconfident computer.

For more guides, tips, tricks, and information on Battleborn, be sure to check out our wiki.