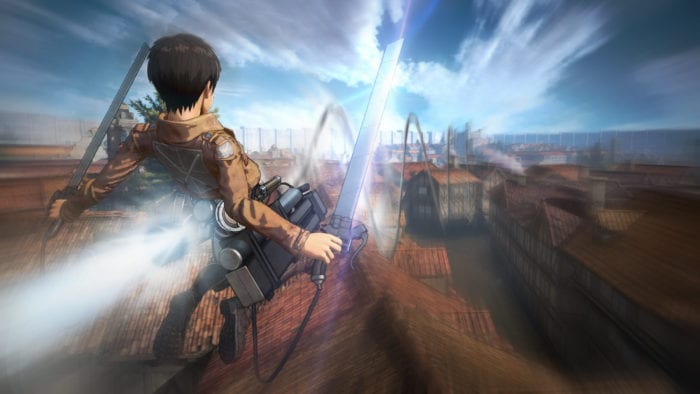 Koei Tecmo has revealed the exclusive pre-order bonuses for both the North American and European versions of Attack on Titan.

Players who pre-order the game at either Amazon, Best Buy, EB Canada, or Gamestop in North America will be able to get the “Cleaner’s Weapon and Costume” for Eren and Levi, and a “Mikasa Festival Costume” for Mikasa.

European gamers are slightly out of luck when it comes to the costumes. This is due to the  Eren and Levi’s cleaner outfits being exclusive to GAME, while Mikasa’s costume is exclusive to Amazon and Independent retailers through Centresoft.

Both European and North American players who pre-order the game through the PlayStation Store will receive exclusive Attack on Titan character avatars.