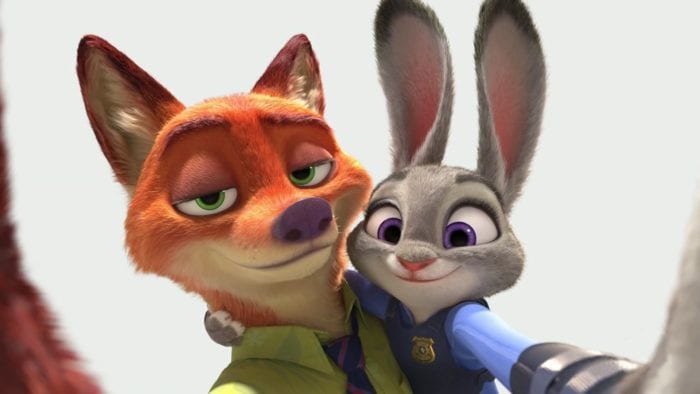 Kingdom Hearts III will feature brand new Disney worlds based on Tangled and Big Hero 6, that much we all know. As fans wait patiently for the next new world announcement, they’ll soon be able to pass the time with the Kingdom Hearts mobile game, Kingdom Hearts Unchained χ.

Android users can pre-register for the game right now, just two days out from launch, as well as check out some screenshots of the game in action. Included in these screenshots is a collection of unlockable avatar outfits, featuring brand new items not yet available even in the Japanese version of the game such as outfits of Nick Wilde and Judy Hopps from Disney’s latest hit animated film, Zootopia.

Other outfits are inspired by Neku Sakuraba from The World Ends With You (who also appeared in Kingdom Hearts: Dream Drop Distance), the Cheshire Cat from Alice in Wonderland, and a Moogle.

Become a hero at the very beginning of the KINGDOM HEARTS story in the era of the Lost Masters. Gather LUX—a mysterious form of light—and fight the Heartless as you explore beautiful Disney worlds. Meet familiar faces, strengthen yourself and your Keyblades!

– Battle against the Heartless using your legendary Keyblades. Tap to attack, swipe to hit multiple enemies, and flick medals to unleash their special abilities.

– Strategize to defeat enemies in fewer turns for greater rewards by using your special attacks and finding the right balance of power, magic, and speed medals.

– Customize your hero by changing your avatar’s outfits to match your style of fashion. Be on the lookout for outfits based upon popular Disney, FINAL FANTASY and KINGDOM HEARTS characters, as well as seasonal clothing!

– Collect and evolve hundreds of character medals, which contain the harnessed power of popular Disney and FINAL FANTASY heroes and villains.

– Team up with friends to challenge and take down monstrous Heartless raid bosses for even greater rewards!

– Survive the challenges in the Olympus Coliseum, where the strongest heroes can brave additional bosses and unlock the rare medals.