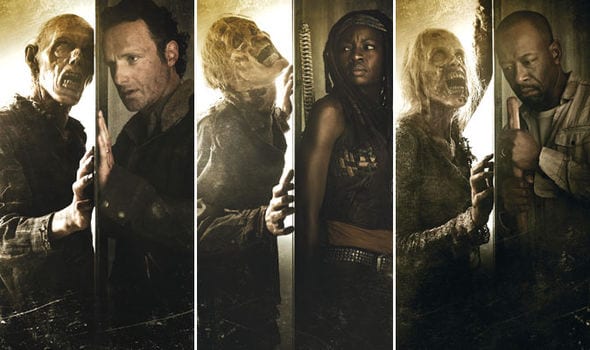 SPOILER WARNING: IF YOU HAVEN’T WATCHED THE FINALE YET, DON’T READ ANY FURTHER.

The Walking Dead has been teasing the arrival of Negan for months now. Ever since the series returned earlier this year, teaser images and the casting of Jeffrey Dean Morgan as the infamous villain have been keeping fans of the hit series on edge. Hell, even during the season finale, folks were crazy impatient and demanding that he finally show up with that wicked baseball bat of his and do what he’s best known for.

Finally, the show made good on its promises, and they definitely didn’t disappoint on that end. As Rick and the Group are captured during a failed attempt to break off from the Saviors’ plan, Negan finally shows up and does what he’s best known for. And it is…definitely not pretty.

Negan walks out of the RV with his barbed wire-wrapped baseball Lucille, casually threatens Rick, and declares that the Group works for them now. And to set an example, he swings his bat towards…Darryl? Rick? Abraham? Carl? Glenn? We won’t find out until the show returns later this year.

Who do you think met the bad end of Lucille on The Walking Dead? Let us know in the comments below.