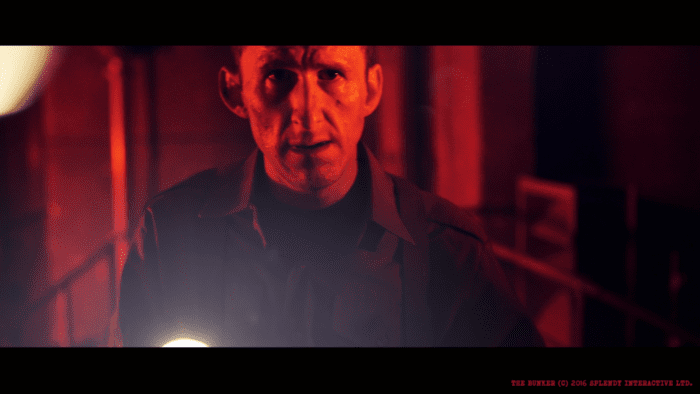 A new teaser trailer has been released for a mysterious new game called The Bunker which is set to be released on consoles, PC, and mobile platforms soon.

The game is described in the video’s description as a live action psychological thriller. It features writers who previously worked on The Witcher, Soma, and Broken Sword. The cast includes Adam Brown, who you may know for his role as Ori in The Hobbit films, and Sarah Greene who you may have seen in Vikings, Penny Dreadful, and Assassin’s Creed: Black Flag. When it comes to details, we really don’t know much more than what the trailer tells us. The game’s official site states:

“You are the last remaining survivor of a nuclear bunker, 30 years after the blast obliterated everything above ground. Over the years everyone else has died, and their corpses are locked away in the cold storage room. Your daily routine is the only thing keeping you sane – just – but when an alarm is triggered, your mind begins to self-destruct. You must venture deeper and deeper into the bunker discovering long forgotten zones and uncovering dark and repressed memories that finally reveal the terrible secret of the bunker. Players will be able to explore and find clues to their escape from the Bunker – they will have to move fast, making quick decisions which could cost them their life. They will be able to fully roam around the live action world, looking around, opening doors, collecting items, unlocking secret areas. And everything you see is REAL.”

It is interesting to see a live action game in the works as this genre has largely been untapped for sometime. You can check out the trailer below.

Could The Bunker see a revival of the live action genre of games? We certainly hope so. Due to be released sometime this year, The Bunker is certainly one we’ll be keeping an eye on.