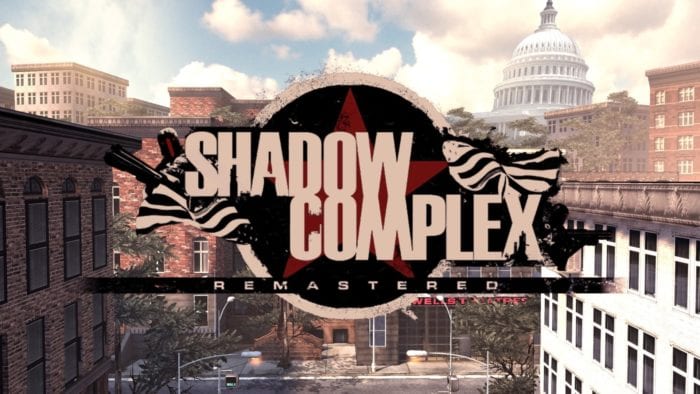 Shadow Complex is finally coming to a PlayStation console. The remastered version will release on the PlayStation 4 on May 3.

The game, that debuted in 2009 as an exclusive for the Xbox 360, is a side-scroller that is ‘reminiscent of the classic nonlinear 2D side-scrollers we’d always loved — games like Super Metroid and Castlevania: Symphony of the Night,’ according to Donald Mustard from ChAIR, who wrote a statement about the release for the PlayStation Blog.

Mustard’s blog post also outlined what content players can expect in the remastered version, he wrote: ‘Shadow Complex Remastered gives you all of the original game content, updated with graphical enhancements, and additional Master Challenges. We’ve also added some fun surprises like all-new dynamic melee take-downs, so you can feel even more awesome when you’re stealing the bad guys’ tech and using it against them!’ For more information on the game see the full statement.

ChAIR also released a new trailer alongside the announcement, which you can see below.

Shadow Complex Remastered is already available on the Xbox One and PC, but this is the first time that the game will be playable on a PlayStation platform.

ChAIR are also streaming footage of the PlayStation 4 version from 4pm ET today on their Twitch channel.

Shadow Complex Remastered will be released for PlayStation 4 on May 3.