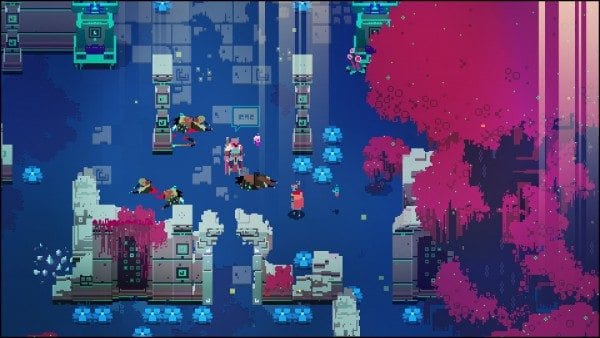 Study the way each type of enemy attacks. Do they strike twice and then have a quick breather? Or in the case of bosses, which one of their attack phases has them at their most vulnerable. Working out enemy patterns will not only allow you to defend more effectively against incoming attacks, but will also allow you to rid large groups of enemies much more effectively. 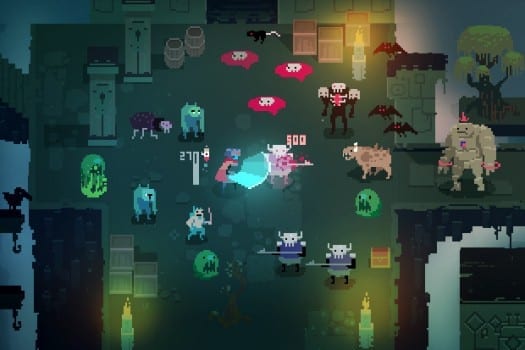 On your journey through Hyper Light Drifter’s world, you’ll come across a number of areas where there will be a multitude of enemies waiting to swarm you to your death. At these points, don’t just go running into the middle and start mashing your attack button. Instead, look at what enemies are there and work out who your priority should be.

Once you’ve done this, use your dash effectively to stay out of the way of danger and get a couple of quick slashes in in between enemy strikes. Keeping your health bar full is more important than taking enemies down quickly.

The same principle goes for boss fights. Rather than running straight over and slashing away, work out their attack patterns and only strike when it is safe to do so. The last thing you want to do is die just as you were about to land the finishing blow on them just because you were too impatient. Take your time and you’ll progress much faster.

Pick Off Enemies From a Distance

While your sword is great for taking an enemy out quickly, your gun is incredibly useful when dealing with multiple enemies. With a number of different guns at your disposal, choosing the right one for the job and using them effectively will make a significant impact on how effective you are in combat. If you find yourself stuck in a room full of enemies, use one of your long-range guns to try and take a couple of enemies out from a distance.

Creep into the side of the screen, unload a couple of rounds, and then jump in and slash a couple of enemies to recharge your gun’s ammo. Then, jump back out and rinse repeat. Picking enemies off from a distance makes large groups much more manageable and can even help you take out pesky enemies with ranged weapons. Think about what you’re doing, rather than just going nuts.

Use the Environment for Cover 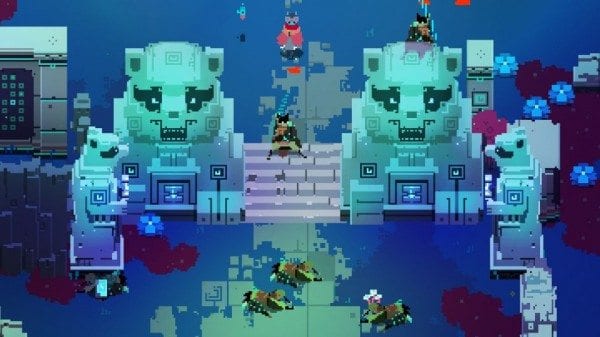 While you may not have a shield or any means to defend yourself in the world of Hyper Light Drifter, you can use the environment to your advantage. When you’re struggling to take down enemies because of incoming fire, try and get a part of the environment in between yourself and said incoming fire to protect your health bar. As long as you can reach other enemies with your ranged weapon from behind the cover, you can still thin out the army of foes waiting for you, while keeping your health bar nice and healthy.

This is particularly useful when entering a room with turrets. These things will pop up from the ground as soon as you come into range and pepper you with lethal gunfire. At this point, running into walls and hiding behind them is your best chance of survival as you plan out your route to the next safe point. 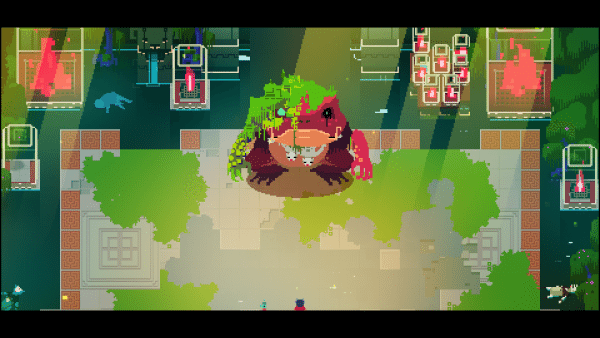 Sometimes Hyper Light Drifter’s enemies need a constant flow of firepower to take them down before they turn you into mincemeat. This will require you to use all of the weapons you have at your disposal in one effective combo.

The game tells you toward the start of the game that slashing enemies with your sword will refill the ammo for your guns. Your guns will become incredibly useful when dealing with large groups of enemies, but even more so when trying to take down a boss. These incredibly strong enemies have huge health bars and so pulling off combos with your weapons is the best way to take them down quickly.

First, identify their pattern and work out the ideal times to use your sword, and when it may be safer to attack from a distance. Next, run in and slash with your sword during their moments of vulnerability. Once you’ve dealt a couple of blows and need to retreat, start firing off rounds with your weapon to keep whittling away at their health bar. Rinse and repeat this method to ensure that you’re never wasting an opportunity to get a quick hit in.

Even better, if you buy the grenade upgrade you can knock a couple blocks of health off any boss by rolling it close into the boss just before their little intro animation begins. It’s not a ton of damage, but you’ll be thankful for midway through.

Have you got any tips for your fellow Hyper Light Drifter players? Share them in the comments below.