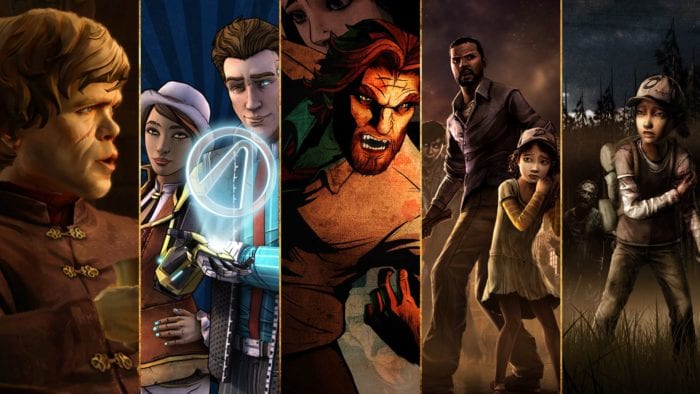 Telltale Games has certainly made a name for itself in the past decade with its numerous episodic point-and-click adventures and puzzle games. If you’ve been waiting for a solid deal to grab some of their hottest titles, look no further. The Walking Dead, The Wolf Among Us, Tales from the Borderlands, and a whole lot more are available in the newest Humble Bundle. Here’s the full breakdown.

Pay more than the average to get:

Considering a full season pass for any given Telltale Games title is usually around $25, nabbing seven full seasons plus the puzzle and card games for just $12 in an insanely good deal. That’s not to mention the unannounced additions, of course.

Purchasing games through Humble Bundle allows you to choose where your money goes between the developer, Humble Bundle, and charities of the developers’ choice. The charities partnered with Telltale Games for this bundle are Direct Relief and Girls Who Code.

If you’d rather play on Xbox One, The Wolf Among Us is currently available as one of this month’s Games With Gold. It’s only one of the games included in the Humble Bundle, but it’s also completely free.

Comments
Continue Reading
Related Topics:game of thrones, Humble Bundle, Tales From The Borderlands, Telltale Games, The Walking Dead, The Wolf Among Us