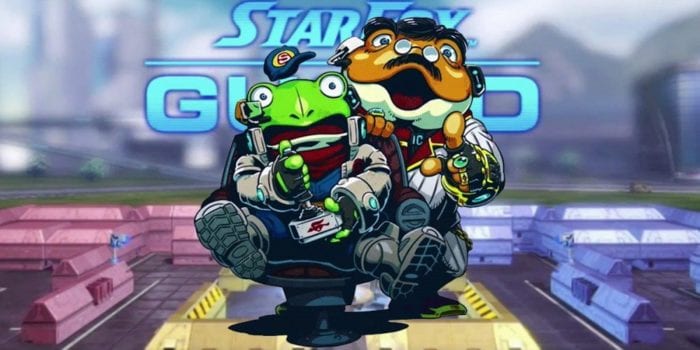 Star Fox Zero isn’t the only Star Fox game releasing this month, as Star Fox Guard is releasing alongside it. Star Fox Guard will also feature amiibo functionality as well, for both the Fox and Falco amiibo. GameXplain has uploaded a video showing how functionality will work with Guard, as tapping either amiibo will allow players to call in support from the Star Fox team.

Star Fox Guard is a tower defense inspired game featuring Slippy’s uncle Grippy, and tasking players to defend their base from invading robots using a series of security cameras and weapons. To use amiibo in Guard you have to scan the figure in before a mission. The game will recognize the scan and allow you to call in the Star Fox team for a supporting airstrike that will destroy all robots currently on the map. When you call the team in the perspective will switch to the air and show the team’s Arwings, along with the Great Fox. Amiibo can be used once per day.

Take a look at the video from GameXplain down below showing the amiibo use. Star Fox Guard launches on April 22 for Wii U, the same day as Star Fox Zero. Guard can be purchased digitally on the Nintendo e-shop. The only way to get a physical version of the game, is by purchasing a First Print edition of Star Fox Zero at launch.

Are you excited for Star Fox Zero and Guard? Do you plan on using amiibo in both titles, or are you still having trouble finding a Fox and Falco? Let us know in the comments.