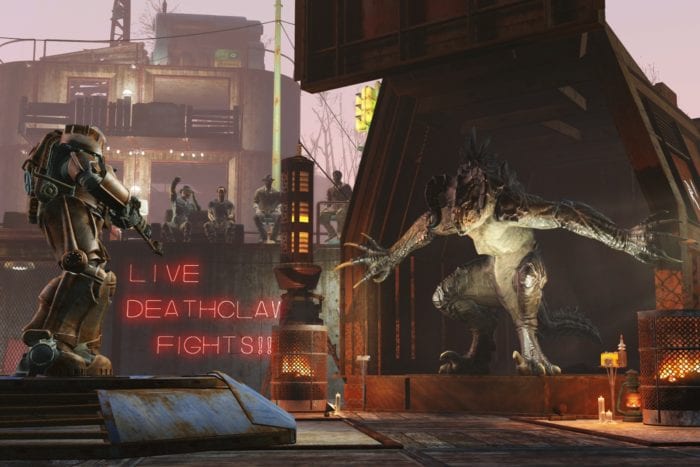 Fallout 4’s Wasteland Workshop DLC has just released and the download size for the extra content is way smaller than the Automatron DLC from last month.

In comparison to the 1.2 GB of the Automatron download, Wasteland Workshop is tiny. Weighing in at just 49.9 MB on PS4, 92.31 MB on Xbox One, and 54 MB on PC, you may be wondering how exactly the additional content can come in such a small package. This could be down to the fact that the game only really adds in additional crafting options, and tweaks a couple of interaction options as well.

Unlike Fallout 4’s first DLC, Automatron, Wasteland Workshop doesn’t bring any new quests to the table and so the download size is significantly smaller. Only time will tell just how much Wasteland Workshop truly adds to your Fallout 4 experience. We’ll keep you posted over the next couple of days. Here’s what to expect in the new drop of DLC.

With the Wasteland Workshop, design and set cages to capture live creatures – from raiders to Deathclaws! Tame them or have them face off in battle, even against your fellow settlers. The Wasteland Workshop also includes a suite of new design options for your settlements like nixie tube lighting, letter kits, taxidermy and more.

Will you be picking up Fallout 4’s Wasteland Workshop DLC? Did you grab the Season Pass? Let us know in the comments below.