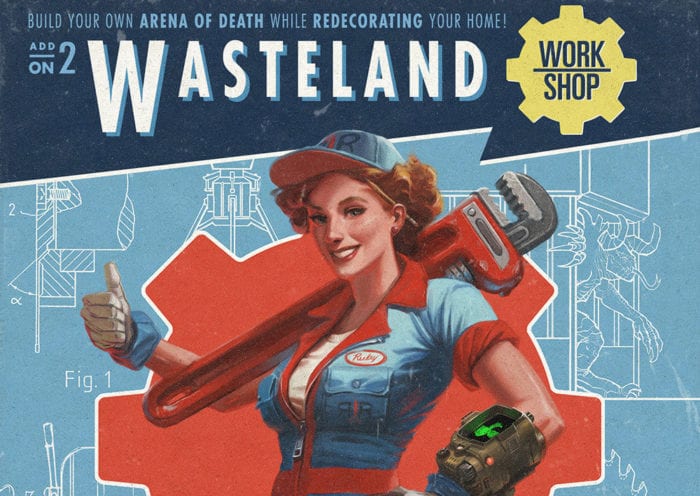 This week saw Fallout 4’s second DLC drop, Wasteland Workshop, come to PS4, Xbox One, and PC. Wasteland Workshop brings a ton of extra items to spruce up your settlements, including cages to capture wild animals and pit them against one another.

The DLC also brings a few extra achievements and trophies for players to work towards, as well. We’ve listed them below and also guided you through them, though they should be pretty straightforward.

Have 5 Tamed Creatures in a Settlement

Docile is pretty self-explanatory from the description that is given. What players may not know, however, is how to tame creatures once you’ve caught them. This requires you to build the Beta Wave Transmitter which, when turned on, ensures that creatures won’t attack you or your settlers when they’re wandering around your settlement. We’ve got a guide on how to get the Beta Wave Transmitter here.

Start a Spectated Arena Fight in a Settlement

Instigator requires you to start a spectated arena fight in a settlement. In order to make sure that your settlers end up spectating whatever fight you’ve put on for their entertainment, and ensure the trophy/ achievement pops, you’ll need to do the following.

The easiest way to get the Instigator achievement is to set up a quick arena and put the red and blue platforms down. Then, go ahead and assign a settler, or one of your robot pals from the Automatron DLC, to one of these and build the Quitting Time Siren.

Build One of Every Cage Type

Wasteland Workshop has added a ton of cages to Fallout 4. In fact, you’d probably be hard pushed to find an animal that you can’t catch in the wasteland now. All you need to do is, well … do as the little description says. Build one of every cage used to capture each different animal. Once all of these have been build, your achievement/ trophy should pop. Here’s every cage you’ll need to build if you weren’t sure.

That’s all there is to Wasteland Workshop’s DLC. Have you had any issues? Let us know in the comments below and we’ll try and help you out.