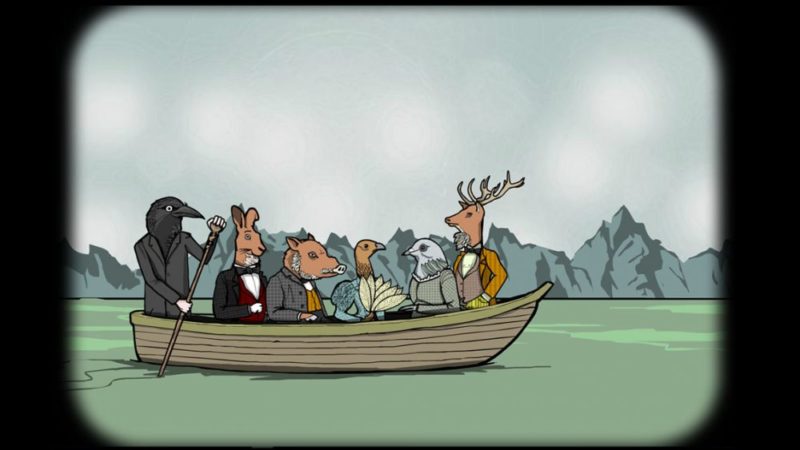 There’s not much in the world of gaming that quite matches the fun and frustration of a good puzzle. Rusty Lake Hotel, made the aptly-named indie developer Rusty Lake, is rife with more of these than you can shake a knife at. Telling a dark tale of murder and meat, this bizarre title is stuffed full of delicious and creepy brain teasers that are sure to test the mental fortitude of those who brave its bloody halls.

Rusty Lake Hotel puts players in the role of a hotel host who must see to the needs of the anthropomorphic guests. At least, that’s the idea it seems to present before presenting the task of turning each of them into a gourmet dinner for those who still remain following your dark work. Each killing is made up of devious puzzles and intricate Rube Goldberg-esque setups that come together as the player works to harvest the meaty bits of each target. 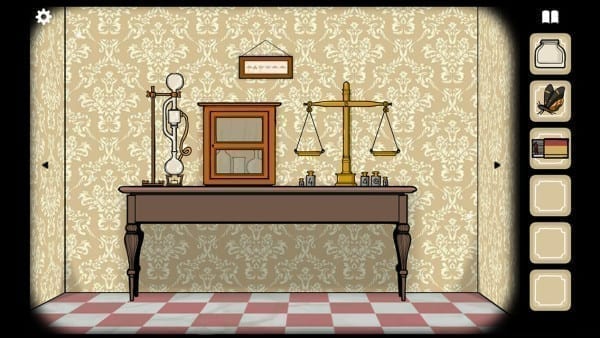 What Rusty Lake Hotel does well is create some seriously difficult puzzles, but present them in such a way that the clever and observant player can succeed. Each of the guest’s rooms is packed with sometimes-subtle hints about how to proceed, with each being a piece to the larger picture. Putting each of the pieces together in any of the rooms is no simple task, and players are sure to find themselves challenged as they proceed.

Adding to the atmosphere of Rusty Lake Hotel, the hand-drawn art style and ambient soundtrack create a seriously engaging experience. While the first few nights may be slow going as players work to sort out the kinds of puzzles they’re supposed to complete, the unique all-around design keeps things interesting. For the hopelessly lost, the game also includes in-menu links to official YouTube walkthroughs for each room, meaning that you’ll never be truly “stuck” for good. 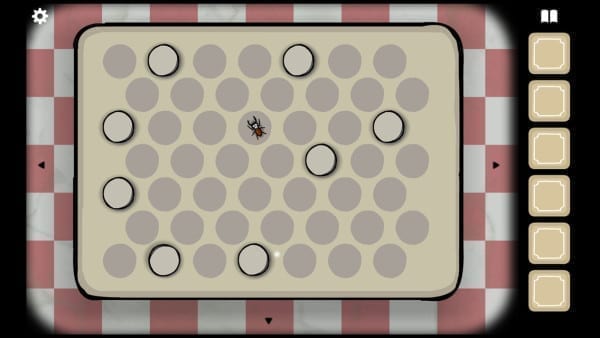 Perhaps the best thing I can say about Rusty Lake Hotel is that each room, each murder, feels truly unique. While the overall theme and presentation is consistent, the actual puzzles that stand between you and the next night’s banquet are wholly different from one to the next. Matching, music, painting, and simple hidden-object brain teasers await, and not one of them feels like a repeat of anything you’ve done earlier in the game’s brief but difficult play.

With its puzzle variety, unique aesthetic, and surreal story, I struggle to find flaws in Rusty Lake Hotel’s presentation. I will say that, even as an avid fan of the genre, I did turn to the game’s offered walkthroughs for roughly two of the game’s five rooms, so those who aren’t prepared for a mental challenge may want to seek elsewhere. Still, for the game’s low $1.99 price on Steam, it’s almost certainly worth a look if you’re tired of the same old thing and interested in a truly challenging, if a bit slow-starting, puzzler that requires real problem solving skills.