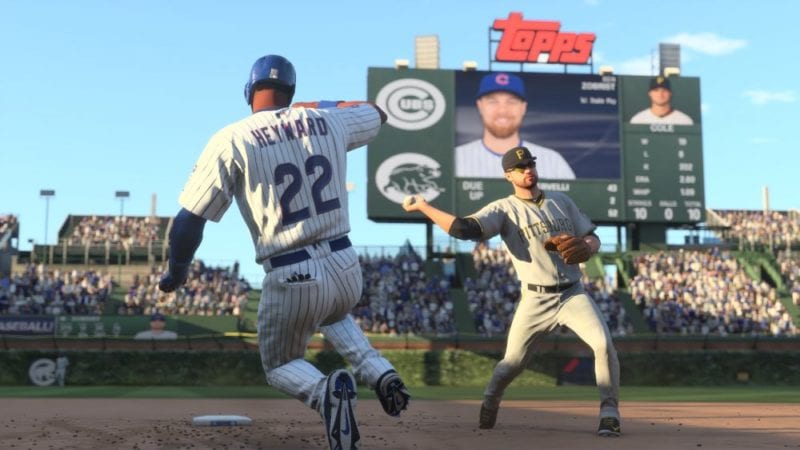 MLB The Show 16, like baseball itself, is a complicated game, especially when it comes to base running. There are all types of things you need to consider when you’re on the base paths such as when to steal, when to advance, when to head back to the bag, when to advance one runner but not the other; and there’s a button combination you need to remember for all of these things while you’re also simultaneously trying to hit a ball from the pitcher.

A really important maneuver though that doesn’t have a button prompt in your face is the slide. In MLB The Show 16, you can slide both head first and feet first, and depending on the situation you may one to utilize one or the other. But how do you actually slide in MLB The Show 16 you ask? It’s easy once you know what to do.

Feet first slides aren’t as evasive, but they also help avoid tags, while also getting you to the bag quicker. A situation where you would want to use a feet first slide over a head first is when you’re trying to quickly retreat back to a bag to avoid being tagged up at third base. Unlike head first slides where you’re trying to dodge a tag, in a situation where you are about to be tagged up, the fielder only needs to step on the bag with the ball, so you’re objective is just to make contact with the bag as quickly as possible.

That’s it for slides in MLB The Show 16! If you have a specific question leave it down in the comments so we can help you out.

Comments
Continue Reading
Related Topics:feet, first, head, how to slide, mlb the show 16, tips, use, which