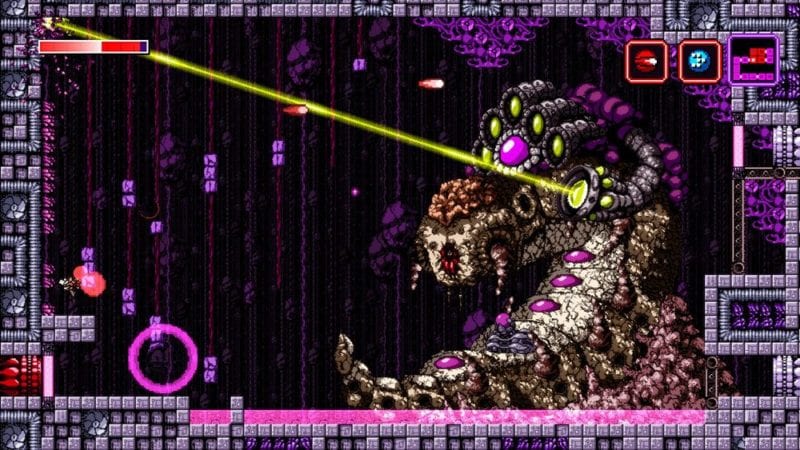 Tom Happ, the developer behind Axiom Verge, has announced that the game will be coming to the Xbox One, and the Nintendo Wii U this year.

Axiom Verge is an action platformer with a 16-bit aesthetic, and focuses on the player exploring the game world. There are over 80 creatures that you can fight, and close to 100 upgrades that can be used on your surplus of tools.

What may be surprising is that the full game was created by one person. Tom Happ developed the game across five years in his spare time, working on the programming, art, animation, and music during this time. Gamespot gave the game an award based on this fairly unique achievement.

The game originally release to critical acclaim for the PlayStation 4 on March 31, 2015, while it later made its way onto Steam on May 14, 2015. It was nominated for indie game of the year at The Game Awards alongside Rocket League, Her Story, Ori and the Blind Forest, and Undertale. Rocket League ended up winning the award.