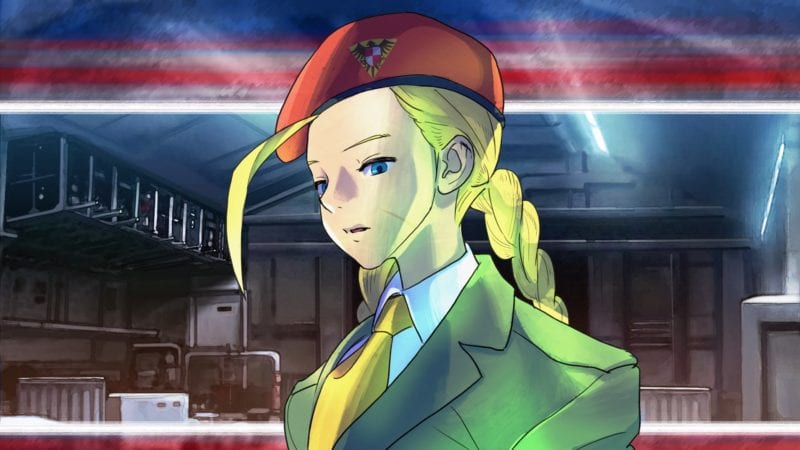 Cammy is one of the Street Fighter regulars who made her way into the latest entry. Known for her intense speed and debilitating kicks, she’s a favorite of many. She doesn’t have the strongest ranged combat game, largely due to the fact that she has no projectile attacks, so beginners should be wary of jumping into the fray with her.

Players using Cammy will want to be aggressive, she has many ways to get around powerful moves and punish those who underestimate her. She’s useless while playing the distance game, so picking her as a defensive fighter isn’t the best way to go. Her legs provide a surprising amount of reach when compared to other melee-specific characters, so that will be what you need to leverage most.

Cammy leverages her speed an power withing her Special Move set by mixing up heights. She’ll jump high and hit you low with the Hooligan Combination to coax the wrong block out of opponents. You would think after getting hit with it enough times, players would be able to read it and nullify its advantage, but the ability to cancel in mid-air and pull off a deadly diving kick will keep foes guessing again.

Cammy has a few other ways to trip enemies up as well, but none get the job done as well as the Spiral Arrow and the Cannon Spike. Drilling at an opponent’s shin then following it up with a heel to the chin is a deadly combination that is almost guaranteed a stun. This leaves the opponent struggling to figure out what to guard against next buying ample time to let her legs do the talking.

The special thing about the Spiral Arrow is that allows Cammy to quickly close the distance, and can even slide under mid projectile attacks. It’s one of the most aggressive attacks in her repertoire and should be utilized accordingly.

Every character in Street Fighter V now has an ability that can nullify or dodge attacks. Cammy utilizes her speed and aggressive nature to pull off the Axel Spin Knuckle (M. Punch + M. Kick). She’ll rotate around any attack (physical or projectile) and deliver a sharp blow to her opponents midsection. It’s perfect for dealing with pesky Hadoukens while also closing the distance at the same time.

This move changes when triggered at close proximity to the enemy. Instead of just dodging an attack, Cammy will make her way behind the opponent leaving them wide upon for a split second. This can give her the edge against equally aggressive opponents such as Rashid or Mika. Making sure to keep moving is important, and this makes that a whole lot easier.

When your V-Gauge is full, hitting H. Punch + H. Kick will trigger Delta Drive. This ups Cammy’s speed and damage output even more. While it can help give a head start in a fight, it’s best to save this while in a pinch or to quickly finish a tough opponent. You should only use it early on if you are absolutely desperate, as it is perfect for clearing out the last third or so of an opponent’s health bar.

While several characters have multiple forms of their Critical Art, Cammy keeps it simple with just one really intense one. It should be triggered at medium to close range, and has two opportunities to connect.

When triggered, Cammy will go for a a high heel strike from above. If that misses, she will come back down with a leg sweep giving you one final chance. Once it connects the opponent is suspended in mid air while she bounces around the screen delivering deadly kicks.

This is one of the quicker Critical Arts, so it’s perfect for a mid-combo addition, since most players won’t be ready to parry that fast. Like her V-Trigger, it’s best to keep this one in your pocket to clinch a match.