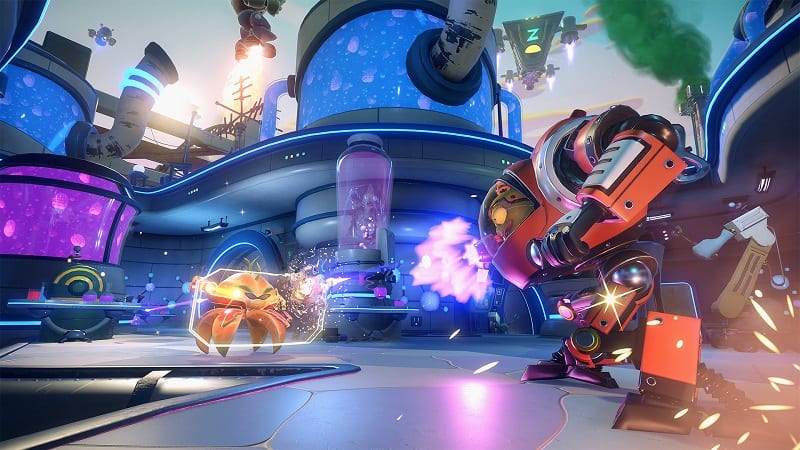 In PvZ: Garden Warfare 2, players are able to buy sticker packs just as they were in the last game. These sticker packs hold collections of items that range from hats to new characters. Some of them are even usable in the middle of battles, so you’ll want to get a lot of them.

Using these is simple. If you’re a plant you’ll want to keep an eye out for empty pots, and stay on the lookout for mounds of dirt if you’re a Zombie. Walk up and interact by hitting “B” on the Xbox One controller, or Circle on the DualShock 4. Now just select which sticker you want to put into play and you’re done.

Sticker abilities can come in handy in a pinch since they offer such effects as healing, long-range attacks, armor breaking, and even status effects. If you see a spot to place one and you’re struggling to survive do not hesitate at all to place one down.

Some stickers serve as clothing, tattoos, and other items for your characters. These are character specific and sometimes cannot be used on special variants. In order to use them, head to the changing room in your base (it has a star curtain) and pick the character that you’ve unlocked a sticker for. Now just press “X” on the Xbox One or Square on PS4, and choose which of your customization stickers you want to use.

These are the rarest of all of the sticker types. You can purchase a Phenomenal Character Pack that includes a full set for 75,000 coins, but you have the chance of obtaining one in other packs. You need to collect all five stickers in a set, and that will unlock the corresponding character for you to use in the game.

These are all of the stickers available to use in PvZ: Garden Warfare 2. Have fun collecting them all.

Final Fantasy XV: How to Customize the Car (Regalia)
Infinite Warfare Zombies: How to Get Stickers to Build Stuff