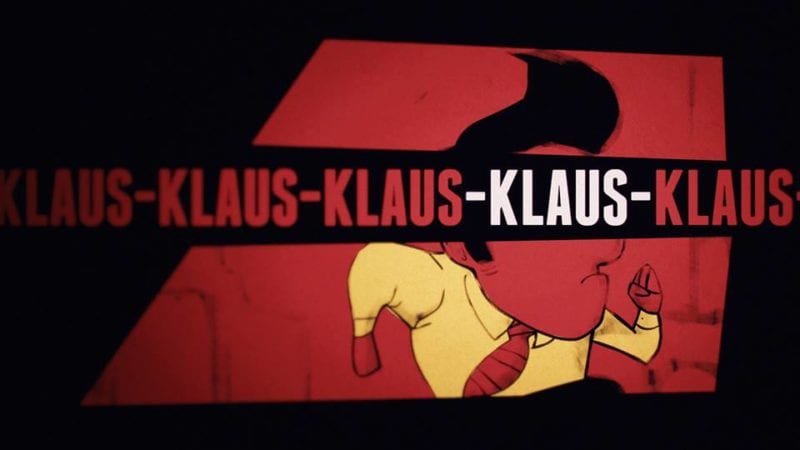 Puzzle platformers have been a part of the gaming landscape for just about as long as video games have existed. With so much history, it’s no surprise that many elements of La Cosa Entertainment’s Klaus has a ton of familiar elements. Intense jumping puzzles, deadly traps, and tricky foes abound in this stylish story of an ordinary man searching for his own identity.

Klaus follows the story of an office worker who awakens deep inside of a factory basement with no recollection of himself, and no clues but the word “KLAUS” written on his arm. Setting off to discover more about himself and his surroundings, players must guide the lost protagonist around a slew of lethal spike pits, haywire machinery, and much more in a quest to uncover the truth. 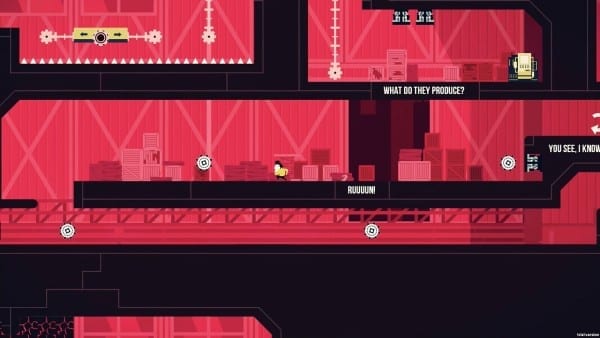 One of the first things Klaus hits well is its use of the DualShock 4’s touch pad. A seriously underused element of PlayStation’s latest controller, the touch pad is one of my favorite things when used well. Klaus implements the pad by giving players control over certain doors, platforms, and other elements. This ends up creating a unique experience where players must carefully maneuver the character and the environment in tandem, making an innovative and challenging experience that isn’t quite like anything else I’ve played.

As far as the story goes, Klaus tells its tale through the use of on-screen words that lay out the thoughts and fears of our hero as he makes his way through the game. Presenting a mix of wonder and terror, players get a constant glimpse into the mind of the man they must guide. The protagonist even directly addresses the player regularly, asking for help or commenting on their influence on the world in which he exists. It creates an unusual bond between the in-game character and the person holding the controller, and it works well. 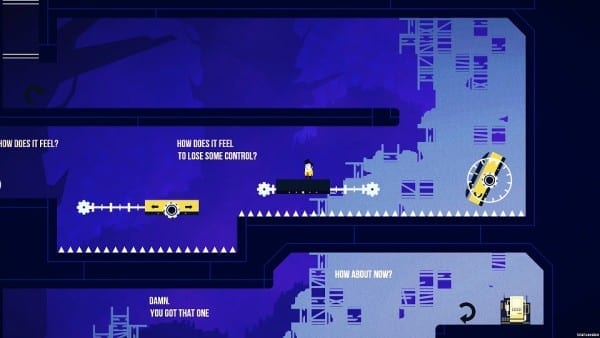 Adding to the story behind Klaus’ mysterious lead role, are bizarre secret areas that bend or break the game’s own rules with unique experiences. In one, players may find that gravity is weaker, or that the game’s hero has been shrunk to minuscule size, or even imbued with incredible speed. Each of these situations are unique, and centers on the game’s themes of identity and control. Making it through rewards players with a brief, disjointed look at a slice of the hero’s mysterious history.

Underneath the mystery of its story, Klaus presents a tightly-controlled game with solid mechanics and no small amount of style. The graphics, while simple, are striking and well-made, and the game’s use of both in-game sound and the DualShock 4’s speaker craft a cool experience.  Presenting an ever-changing set of rules, Klaus even goes so far as to bring a second player-controlled character, called K1, into the mix. 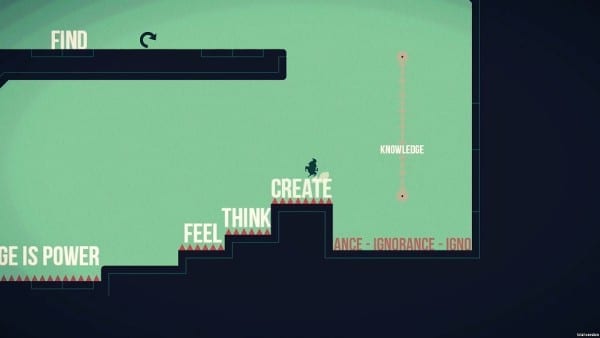 Speaking of K1, Klaus expertly pulls off the addition of a second player-controlled character. Puzzles that require the unique talents of each abound, and players are able to easily switch between the two, or even control them simultaneously. Given the already-complex nature of the game, getting the hang of this can be pretty tough, but once players get a feel for the newly-introduced rules of the game, it’s a well-implemented and seamless addition.

Klaus is, in a word, brilliant. While it may not exactly win the hearts of those who don’t like the 2D platformer style, it’s an expertly-designed addition to the genre that creates a challenging experience without ever seeming insurmountable. With intuitive controls and a seamless integration of its parts, it easily creates an experience worth the $19.99 price on the PlayStation Store, with a Q2 2016 release planned for PC and Mac through Steam Greenlight.