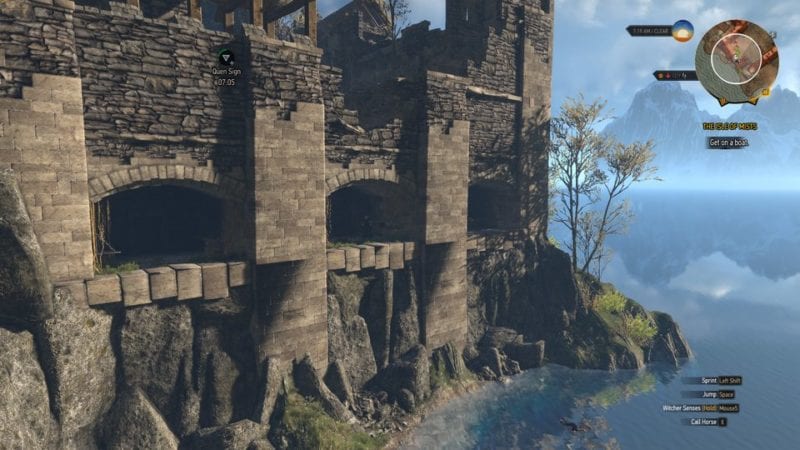 Mixing two highly successful Medieval entertainment products together can only result in pure joy for its fans. That’s exactly what CD Projekt RED did when they inserted this hilarious Game of Thrones easter egg into The Witcher 3: Wild Hunt.

Thanks to Reddit user CAP1TAN_RON the world can now see this hidden gem inside the game. Beware House Lannister fans (or any Game of Thrones fanatics), this hidden secret doesn’t end well for a certain sarcastic character:

As you can see from the picture above, this is a homage to the dreaded Sky Cells of House Eyrie’s most famous dungeon. Prisoners could attempt to escape, but most likely end up being a jumbled mess on the rocks below.

Here’s what the Sky Cells look like in the show:

As far as dungeons go, at least prisoners can enjoy the beautiful view. Unfortunately, in The Witcher 3: Wild Hunt, there’s a secret laying inside the spacious dungeon. Turn away if you don’t want the secret spoiled for yourself:

Poor Tyrion! Though, since it’s truly a roleplaying game, players might be able to pretend he’s just taking a nap from his various adventures? Most likely not. Rest assured, this won’t leave Lord Tywin in a pleasant mood.

Be sure to check out the rest of the gallery as well, CAPTA1N_RON has more to show there.

What did you think? Know of any other amazing easter eggs in The Witcher 3: Wild Hunt? Be sure to let us know in the comment section below!