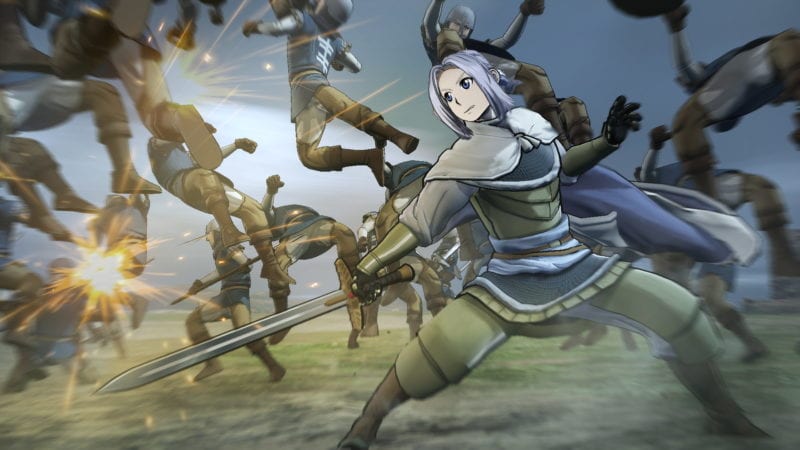 Arslan: The Warriors of Legend on PS4

Tecmo Koei has made a name for themselves as the hack and slash war company. Arslan: The Warriors of Legend is absolutely not a derailment from that stereotype. However, it is the best iteration of this format that has released since Samurai Warriors and Warriors Orochi.

Where others that have tried to spin-off of Dynasty Warriors have failed, Arslan: The Warriors of Legend understands what makes this niche so hot. It fills the battlefield with as many soldiers as it can, covering your warrior and allies in enemies that make the hack and slash mechanics actually fun to pull of. Sure, it’s repetitive; you mash buttons a ton of times to make up some combos here and there to get through every level. Go here, kill that, move there, keep going, rinse and repeat. But that’s the charm of Arslan, that it’s mindless but it’s well-done.

Every character that the game introduces you to plays differently with their own weapons and attacks. There’s no heavy influx of fighters that you can play as, so the variety can definitely be felt in each one. You’ll have your choice of archers, spear wielders, sword fighters, and more unique weapons.

Unfortunately, when it comes to the story, it’s full of cliches, drawn out, and it’s clearly tacked on to a game that excels in its gameplay. However, there is something to say about the beautiful graphics that come with this game’s anime look. Although it’s a bit disappointing that most cutscenes are two dimensional with minimum action or movement from characters on the screen. Still, it is gorgeous in its presentation.

For fans of games that have taken the formula Dynasty Warriors has set before them, Arslan is highly recommended. You know exactly what you’re going to get with this game, and it’s going to actually be good. That’s not to say that there aren’t some changes, though. There is a special attack unique to Arslan: The Warriors of Legend that can be triggered from a specific part of the battlefield (called Rush Zones). This is an incredible change of pace for a game that has you controlling only one warrior in the middle of a huge battle, as it will instead have you leading an army for a limited amount of time. You can be a ton of Calvary, stomping over seemingly thousands of opponents, or you can lead a crew of Archers as you rain hellfire upon the crowd of enemies. They really are on a completely different scale as attacks and are pretty friggin’ awesome to pull off.

Whereas the core of Arslan: The Warriors of Legend is nothing new, it brings enough flair to the table so that it feels like it could be new. If any Dynasty Warriors, Samurai Warriors, or Warriors Orochi fans have been looking for another great example of the hack and slash genre, this is definitely it.