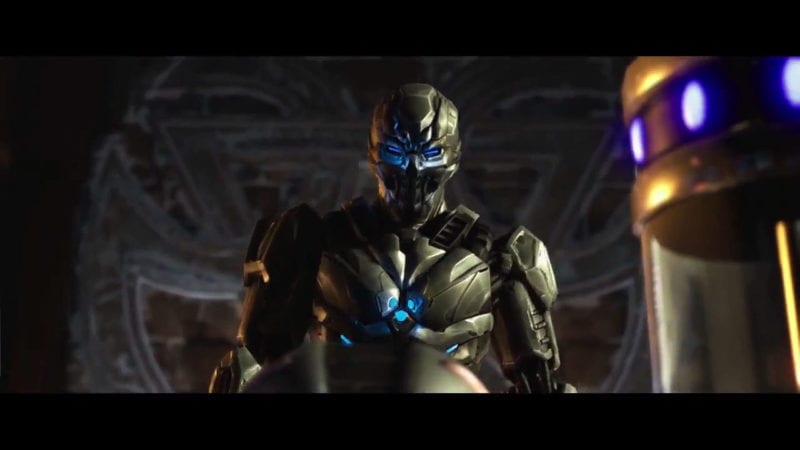 As recently announced, Mortal Kombat X is set to receive a handful of new characters to join the roster of brutal and relentless fighters. Among the likes of Bo’ Rai Cho, Leatherface, and a Xenomorph, there is a new cyborg by the name of Tri-borg that is due to make a debut.

As Mortal Kombat X initially had a disturbing lack of some classic characters such as Cyrax, Sektor, and Smoke, the folks over at NetherRealm Studios decided to bring all three simultaneously in one character named Tri-borg. What has not been unveiled, however, is the fact that Tri-borg actually has a fourth variation. In fact, this would make Tri-borg the first and only Mortal Kombat X character with more than three variations.

A stream on twitch.tv showcased some of Tri-borg’s moves, but also unveiled one of the available variations known as LK-520, also known as Cyber Sub-Zero, who is, as the name would suggest, a cyborg version of Sub-Zero. I guess this means Tri-borg isn’t really so much Tri-borg as it is Quad-borg. Although the name Quad-borg doesn’t really roll off the tongue quite as nicely. You know, they might as well add a fifth one while they’re at it. Give us Cyber Sindel; that would be amazing.

Regardless, it’s great to see another character sort of make a return. While it is fairly bizarre that four characters are instead placed into one, it’s still better than not having them at all. For now, Tri-borg really does look awesome, and is sure to have a repertoire as deadly as it is badass.

You can get your hands on Tri-borg and the rest of the incoming downloadable characters when Kombat Pack 2 releases in March, available on PSN and Xbox Live for copies of Mortal Kombat X on PlayStation 4 and Xbox One, respectively. Unfortunately, Kombat Pack 2 will not be released for PC copies of the game. Yes, I know. Why, High Voltage, why…