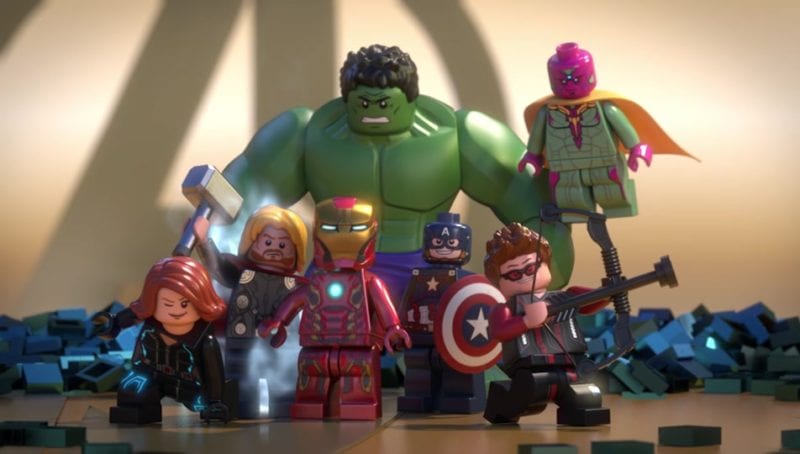 Over the last decade, comic books have been leaping from the page and onto the silver screen, and even longer than that, they’ve been a staple for the gaming industry. As comic book fans, movie nuts and gaming enthusiasts, we all win.

Just this past Tuesday, Traveller’s Tales released another LEGO adaptation to virtually every current console available with LEGO Marvel’s Avengers. As we’ve stated already, the game is really good, but like every superhero, the game has its weaknesses too. At a price tag of $60, should aspiring Marvel superheroes spend their hard earned cash on it?

What’s really great about LEGO Marvel’s Avengers is how it follows the movie storylines but isn’t afraid to lose some continuity for the sake of humor. The opening scene of Avengers: Age of Ultron finds all of the Avengers battling against pesky Hydra ground forces in a serious battle, and this game’s version follows it closely while having humorous interpretations. For instance, Thor randomly grabbing a pig out of nowhere or Hydra troops getting thrown by the Hulk and the poor saps get stuck in the snowy trees. It’s all in good fun and these scenes like this are quirky enough to make even a Frost Troll’s frozen heart melt.

Eventually, after hours of gameplay trying to get a 100% ranking, those moments will be skipped over while hardcore players are rushing through the cutscenes. If you’ve never played through a LEGO video game in recent years, both the gameplay and visuals are extremely lighthearted. That’s not to say you won’t enjoy flying around as Iron Man or smashing things as the Hulk, but hardcore gamers may want something a little bit more serious from their Marvel games.

Another letdown is the fact that there’s no online multiplayer. LEGO games continue to let down the fans of these spectacular multiplayer games. I would love to just fly, swing or hurdle across Marvel’s open world environments with my friends following suit. It’s disappointing that yet again, Traveller’s Tales skimps out on one the most basic features that absolutely should’ve made it into the game.

Finally, the biggest gripe about LEGO Marvel’s Avengers is that none of the characters above are playable in the game. No Spider-Man, no X-Men, including their famous cast of allies and villains. I’m a massive fan of the wall-crawler, and when I first heard of his exclusion, I was devastated. So if you’re a fan of a particular Marvel character, make sure they’re featured in LEGO Marvel’s Avengers. Most likely they are, but there are some serious omissions.

Even with those complaints, it’s still an absolute blast. If you’re any sort of Marvel fan, be it from the comics, other video games or the excellent cinematic universe, the game is worth the money. The game has tons of unlocks, replayability and hopefully we’ll get those other characters further down the line with DLC. Now if you’ll excuse me, I have some Red Bricks to unlock!