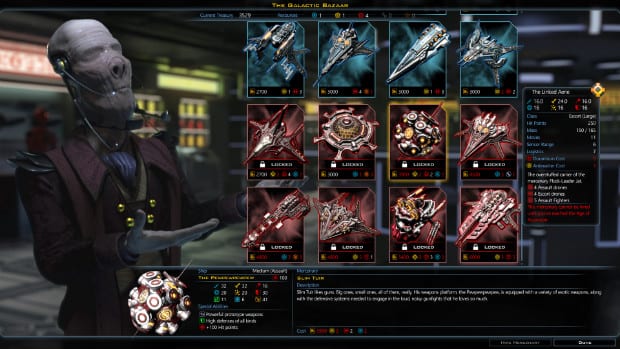 Stardock has announced that they will be releasing the first expansion for Galactic Civilizations 3 this Feb 18 titled Mercenaries. The new expansion will include a new campaign, two new races, new ships and the Galactic Bazaar.

The Galactic Bazaar will introduce the galactic underground into the game, where any faction will be able to hire mercenary units. There will be a variety of different mercenary types to purchase including military units and science units, but some mercenary units won’t be able available for purchase until players reach new ages.

Galactic Civilizations 3 Mercenaries expansion will cost $20 and Stardock released a new trailer for the expansion which you can check out below.

So are you interested in what’s coming in the Mercenaries expansion? Let us know in the comments below.