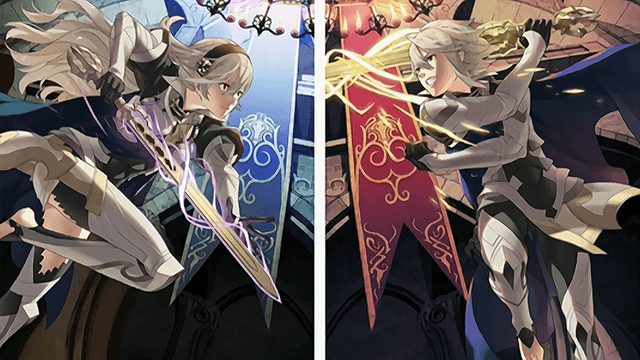 Fire Emblem Fates was one of the big games showcased by Nintendo today at their North American RPG Showcase. Fates is one of the first big games to hit the 3DS this year on February 19. The company announced today that the game would be receiving weekly map DLC similar to the previous game Fire Emblem: Awakening. The updates will start alongside the launch of Fates on release day.

The other piece of big news from the event, was the announcement of a special edition Fire Emblem Fates New 3DS XL. The edition featured below has a sleek black and white design based on the idea of the two versions of the game. The system will retail at the suggested price of $199.99. It should be noted though, that the special edition 3DS does not include a copy of the game.

Fates is releasing in two different versions called Birthright and Conquest. Each one focuses on a different side of the story and a different faction or family. You can purchase one of the versions for $39.99 or get a bundle with both for $69.99 at some retailers, or download it for a reduced price. Additionally, there will be a third DLC campaign for the game that features a new storyline and characters for $19.99.

Fire Emblem Fates is the 7th entry in the series to hit North America. A crossover game with the Shin Megami Tensei series is also set to release in the U.S. sometime this year. Are you going to upgrade your 3DS for the Fire Emblem Fates special edition? Let us know if you are down in the comments.