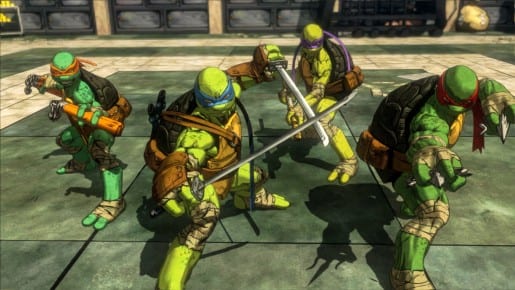 The Ninja Turtles: Mutants in Manhattan that Platinum Games has officially announced today might have got an official release date via a leak on Amazon. Today, Amazon has listed the game to release on September 21st, 2016 for $49.99. As of right now, it was only listed for Xbox One consoles, leaving the PS4 and PC out.

Amazon also gives a brief description of the game:

“Battle alongside your brothers through the sewers, subways, and streets of NYC to take down shredder and Krang’s evil organization, foot by foot. Unleash custom combat skills and powerful team combos to save Manhattan from the overwhelming dark forces growing in the shadows.”

Yesterday, a bit earlier than expected, we got our first look at the game with a brand new leaked trailer. You can check out the new trailer down below.

Excited to see what looks to be a leaked release date? Are you excited? Let us know in the comment section below.