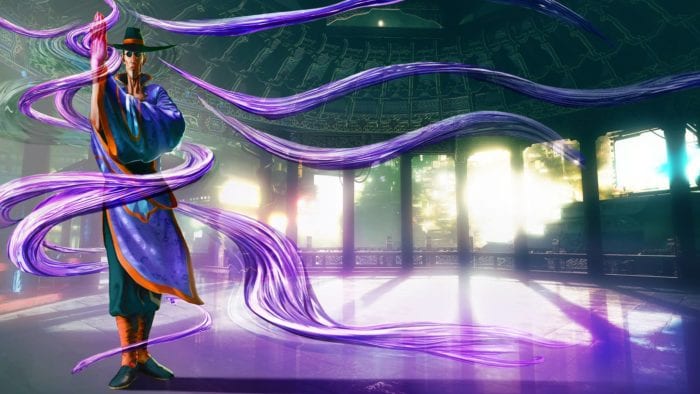 In his reveal trailer, F.A.N.G shows off versatile movement by sliding under projectiles and teleporting behind his opponent using his V-Reversal. He also has an airborne super move where he flaps his arms to fly temporarily.

Alex, Juri, Guile, Balrog, Ibuki and Urien are the first six DLC characters for Street Fighter V. They can be purchased or earned with the game’s in-game currency, Fight Money. These characters will be included in the game’s Season Pass, which is on sale now in North America.

Street Fighter V releases on PlayStation 4 and PC on Feb. 16, 2015. What do you think of F.A.N.G’s moves so far? Let us know in the comments below.