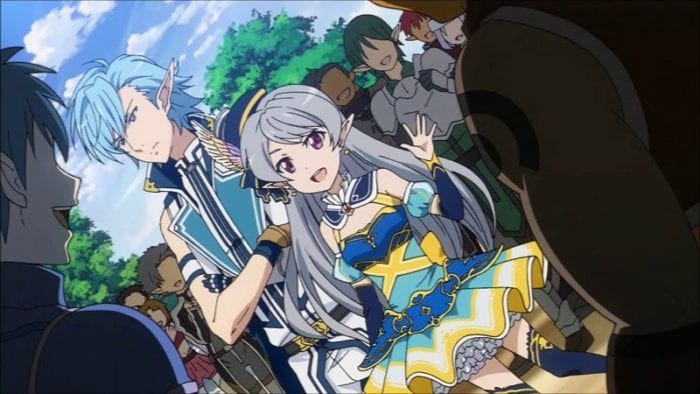 Sword Art Online: Lost Song has a lot of characters that you can recruit into your party and even play as them. It’s the first game that lets you play as one of the characters from the anime that isn’t Kirito.

While most are unlocked naturally as you progress through the game, others require a bit more leg work. One of those characters is Seven, the pop idol of Alfheim Online, and the leader of the Shamrock guild. She is the most difficult character to obtain, so be ready for a challenge.

The first step on the road to obtaining Seven is beating the main story. This will unlock a special event back in Sky City Ryne. Head to the northwestern gate and complete the event with Rain. You’ll have to have Kirito as your controlled character and you’re looking for the Crest of Exp to drop. If it doesn’t, just head to the Tavern and continue to do the Rain Extra Quest until it does.

Once that is done, head to the Weapon shop where you’ll see Seven. Complete her event in order to obtain the Song accessories. Once you finally have the items from both events, go talk to Seven again to fight a huge boss (level 1,000). It’s a tough fight so you may want to try this with friends or lower the difficulty.

After completing these steps, Seven will join you and you can select her back at the inn.

Are you enjoying using Seven? Find it to be too much of a challenge to get her in Sword Art Online: Lost Song? Feel free to share your thoughts in the comments below.