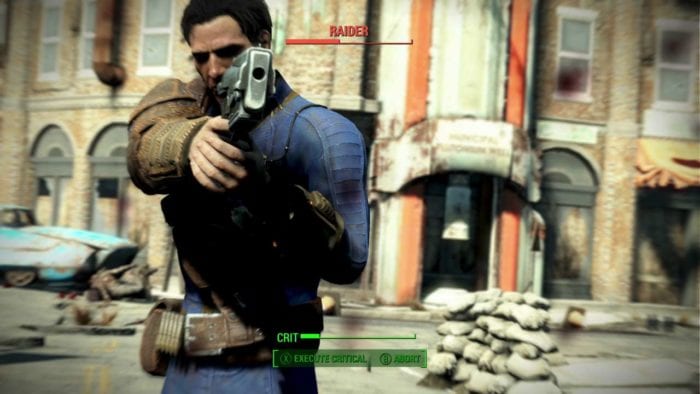 Super Mutants are easily recognizable. They are huge, green, and will yell obscenities in broken sentences because they aren’t too bright. What they are, though, is insanely powerful. They tend to use explosives, energy weapons, and brutal melee attacks. Seriously, you do not want to stand next to these guys.

Most damage types will do the trick. Just avoid using any Gamma weapons, since these guys are already so highly irradiated, they won’t even notice. Mutant Skirmishers (the melee types) usually aren’t heavily armored, although they are extremely aggressive. Take out their legs if possible, and if you’re forced to be close, use a shotgun. Those are very good at dealing high damage and crippling limbs. Do not go blow for blow with melee attacks, because unless you’re in a suit of Power Armor or have the Rooted perk maxed out, you’re going to lose.

The rest are dealt with a lot like humans and raiders, except you’ll want to avoid using your cheaper, more common ammo types if you don’t want to drive the fight on. Things like 10mm and .38 ammo aren’t going to put much of a dent into their health, even with headshots. They are just about always armored, so explosives and armor piercing weapons will definitely help you out here.

Your main course of action will be to keep distance between you and these brutes and to find cover, since they love the use of fully automatic weapons. Charging into an area full of these guys will lead to you being filled up with holes, and that’s something you probably don’t want.

How have you fared against Super Mutants? Let us know in the comments below! At least you can form sentences.