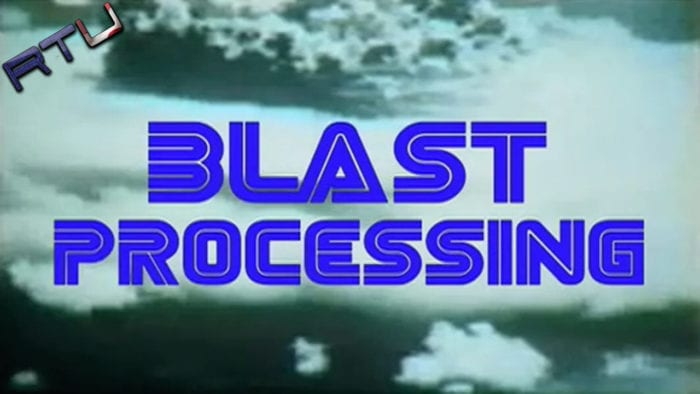 If you were a gamer around the time of the console wars between Sega and Nintendo during the 90’s, than just hearing the phrase “Blast Processing” may be giving you one hell of a nostalgia trip right now. While many gamers may remember that Sega would use the gimmick in their ads, the ex-Sega Producer Scott Bayless recently admitted that the slogan was sort of his fault.

“Sadly I have to take responsibility for that ghastly phrase. Marty Franz [Sega technical director] discovered that you could do this nifty trick with the display system by hooking the scan line interrupt and firing off a DMA at just the right time. The result was that you could effectively jam data onto the graphics chip while the scan line was being drawn – which meant you could drive the DAC’s with 8 bits per pixel. Assuming you could get the timing just right you could draw 256 color static images. There were all kinds of subtleties to the timing and the trick didn’t work reliably on all iterations of the hardware but you could do it and it was cool as heck.

So during the runup to the western launch of Sega-CD the PR guys interviewed me about what made the platform interesting from a technical standpoint and somewhere in there I mentioned the fact that you could just “blast data into the DAC’s” Well they loved the word ‘blast’ and the next thing I knew Blast Processing was born. Oy.”

Besides what is mentioned above, another reason for the ‘Blast Processing’ term was because the Sega CD’s CPU was twice as fast as the SNES. Also, it was the 90’s and the 90’s were a little weird.

So do you have any memories of the Sega/ Nintendo console wars that you feel like sharing?  What did you think of Sega’s ‘Blast Processing’ gimmick? Let us know in the comments below.