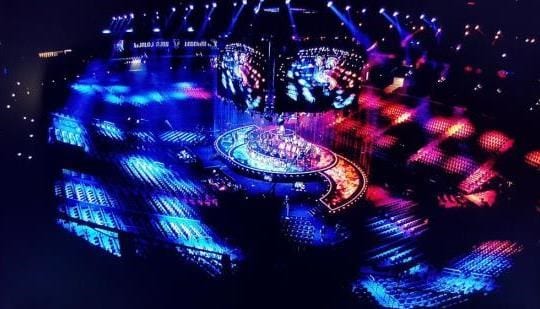 From Paris to London, on to Brussels and Berlin, the League of Legends World Championship has crossed Europe pitting the world’s best teams in a whirlwind battle for the Summoner’s Cup.

The month-long trial culminated today in a heroic matchup starring Season 3 champions SK Telecom T1, a team that entered the finals having won every match of the championships thus far. Taking on the SKT behemoth was KOO Tigers, the fan-neglected underdogs predicted to lose each matchup of the month. Could the dark horse KOO Tigers end superstar SKT’s 17-game winning streak, or would SKT pull off League’s first perfect worlds run? In the words of LCS shoutcaster Sam “Kobe” Hartman-Kenzler, “There have only been 2 types of teams here at worlds: SKT, and teams that lose to SKT.”

But it was a hell of a fight.

The odds weren’t looking great for KOO, decidedly losing game one and then throwing a strong early lead in game two. In game three, even as KOO rocked an enormous 12k gold lead over their opponents, fans only allowed themselves a glimmer of underdog hope. By the end of the exhausting third match, however, SKT knew their first loss in 19 games, and KOO knew the roaring support of thousands of fans for the first time this season. It’s the moment KOO and League will remember – the outcast team who won a game and a crowd from the SKT superstars.

OGN Caster Yong Jun Chun perhaps said it best: “KOO Tigers will go down in history as the most beautiful, the most almighty, second place team.”