This is the first we saw of Sega’s mascot and in turn became possibly one of the most famous levels in any game. Not only was this brightly colored, straightforward, and iconic from the get-go, but the soundtrack was so catchy and lively that we were all singing after a few listens and you didn’t need a tutorial or annoying pop-ups to instruct you. Everything that makes Sonic memorable is featured in this very first stage – from loop-the-loops to collecting rings, from the secret platforms that hid invincibility stars to the not-so-pleasant spike pits. We sped our way through Act One and we wanted more.

This game is massively popular, and not just to Batman fans. The initial introductory cutscenes really show off their incredible graphics as we are shown crime scenes in a Gotham diner and they link seamlessly into the rainy streets of Gotham City that you suddenly find yourself controlling. Before you know it, you’re Batman (which is a win all on its own) and you’re flying over the city. The third person combat starts quite early into gameplay, which is very refreshing and one of the reasons why it’s so memorable – as a player you’ve watched the drama unfold at the diner going from a place to eat into a flaming riot and now, with many kinds of enemies against you, you’re immediately trying to save Gotham.

Although we didn’t get a chance to experience the use of the Portal Gun in Test Chamber 00, this level design was pretty much the perfect way to introduce the game. We got a fair amount of time to pick up (and smash) cups, throw the radio around (which happened to be playing a jazzy version of ‘Still Alive’). We also met the lovely GLaDOS, and immediately learned this was going to be a humorous and probably quite sadistic puzzle game. The level itself was actually extremely easy and this was more than likely to lure us into a false sense of security for what was to come later on.

When you strap yourself in to play a new first person action game, you generally expect (and hope) for plenty of explosions, jump scares and fast-paced battles. And you’re pretty much guaranteed these experiences in all of these games. But as soon as you’re left in control of the Halo: Combat Evolved, it all happens in one go. Ultimately, this is a tutorial-style stage and the contents of the level vary depending on the difficulty you choose. But regardless, for a mission that is as simple as leaving the ship, it’s so much more than that. Opening a door doesn’t just lead to another path, it could lead to an enemy staring right at you. Turning a corner doesn’t just give you a chance to practice running, it forces to you run after an explosion goes off. It’s fair to say that as a tutorial-style opening level, it’s one of the most engaging ones we’ve played.

Whether you’re a Mario fan or not, you’re pretty much guaranteed to know this level. Straight away, we’re introduced to a simple platformer with breakable bricks, Fire Flowers, Goombas and the infamous green pipes. World 1-1 was in fact the first ever level in video gaming history to contain a collectible extra life, so we saw innovation from the game pretty much immediately. The level is so notorious that, like Sonic’s Green Hill Zone, it has been remade many times in other Mario games, including New Super Mario Bros. 2. In fact, it’s also been subject to many fan-made games, including Mario Kitty (which you have to be very brave to play – don’t say we didn’t warn you).

A Rock and a Hard Place – Uncharted 2: Among Thieves

We learned from the sudden boat drama in Uncharted: Drake’s Fortune that this series was never going to go easy on us at the start. Little did we know that we’d be on the edge of our seats (literally) when we turned on the sequel. Among Thieves begins with Drake hanging perilously close to death after a train crashed off a snowy mountain. From the chairs giving way after you climb up them to the petrifying leap off the carriage and back to solid ground, this introduction had our hearts pounding, palms sweating and we hadn’t blinked since we pressed ‘start’.

Games with open storylines and gameplay like the GTA series generally have two choices: they can start off slowly with more cutscenes than player interactions and allow you get to know the characters and controls (like San Andreas), or they throw you right into the action. Grand Theft Auto V does the latter. In a matter of minutes, we’d held hostages at gunpoint, stolen almost $180,000 and gotten involved in a heavy shoot-out with a horde of cops – resulting in a bloody massacre. We were forced to learn the controls under pressure to escape and after the thrill of it all, we were hooked. 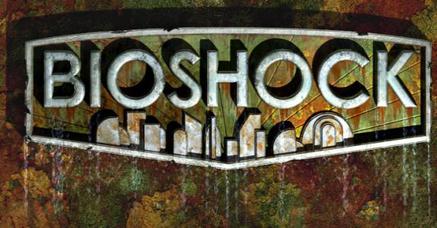 Similarly to Uncharted, BioShock is another game that throws you into the deep end. Literally. From a short, slightly ominous and vague cutscene, you are thrown into a blazing sea with little explanation on what to do or what exactly is happening. It’s unusual to start a game in what’s normally seen as the ‘dreaded’ underwater level but it’s brilliantly done and you’re not really in the water for long. Well, not yet anyway. Before long, you’ve got a front row seat to a grand tour of a submerged world with bright lights and 1960s themed ads galore. Then it all goes dark and… well, you have to play it to understand the roller coaster of emotions that you experience in a matter of minutes. BioShock’s introduction grabs you with its juxtaposition as it takes you from nervous to curious, excited to terrified, and suggests inspiration from Douglas Adams’ game Starship Titanic.

Another game that throws you right in there, God of War III kicks off with a bang. If you’ve played the first two games and their opening levels, you’ll have a bit of a taste for what to expect. But as soon as you gain control of the third instalment, you’re tested on your combat skills. After the first enemy appears next to you in a Mortal Kombat fighting style, it’s followed by many, many others. If that’s not enough to wake you up, you’re then treated to visuals that leave you slightly queasy as you hang from Mount Olympus, vine leaves swaying violently and giving you a real sense of surroundings. In an excellent way of teaching you the controls of the game whilst remaining exciting and relevant to the story, Gaia is an excellent opening with very little to criticize.

There are plenty of good things to say about this game. The MGS series can barely set a foot wrong – even when releasing a song it was pretty darn catchy (Snake Eater). The Phantom Pain is no exception to its successful run and, as has been demonstrated by Grand Theft Auto V, steals the limelight immediately via its beginning. What would have more than likely been a cutscene on previous consoles, you initially don’t do too much as you set up your character. Once you’re good to go and you become familiar with the hospital ward that you’re lying in, things take a turn for the worse. You have to escape, however it’s not quite as easy when your character is weak, wounded, and not very mobile. You’re forced to hide from the enemies in dark shadows, crawling from one corridor to the next, and watching as flames rip through corridors. The experience is exhilarating and sets an amazing standard for the rest of the game. We dare say this is one of the most exciting and tenacious opening levels to date and is a fantastic example of next generation gaming.

Did your favourite opening level make the list? Let us know in the comments!