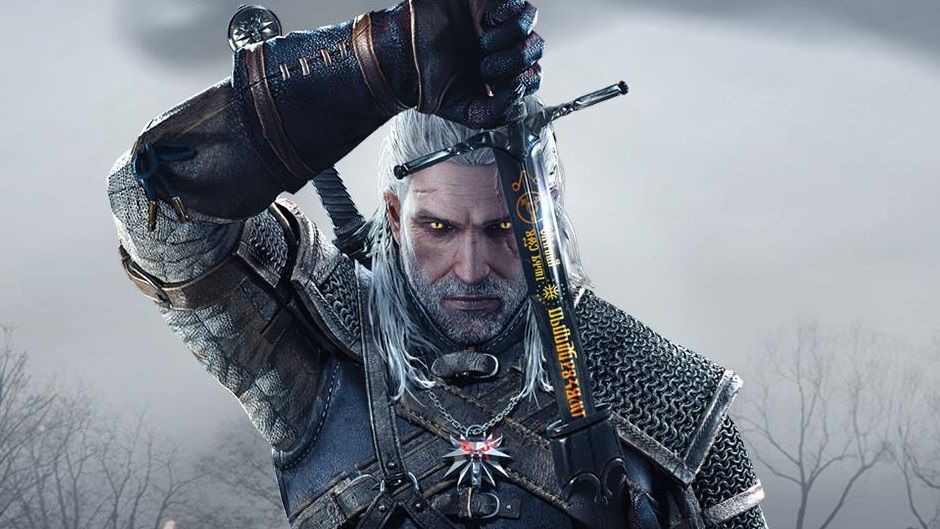 To start the Bear School Gear Scavenger Hunt in The Witcher 3, first you must uncover the first gear diagram that can be found in a cave hidden away in Skellige. But first, here’s a fair warning: the path to getting the Ursine Gear is a tumultuous one and you’ll have to fight Wraiths, Gargoyles, and even an Ice Elemental to get the full gear set. I recommend getting to level 20 before even attempting this hunt, and also be sure to have your Swallow and Thunderbolt Potions ready. Here’s how to complete the Bear School Gear Scavenger Hunt.

The first gear diagram can be found in a cave near Svorlag, an island on the northwestern part of your map. The cave is near the very bottom of the continent, and you can also gain access to it by accepting the ‘Here Comes the Groom’ witcher contract.

Once you’ve entered the cave, head into the small tunnel on the right. You’ll have to climb up a series of steps before leaping across a gap to reach the gear diagram for the Ursine Crossbow. Read the letter to Ingeborga to reveal your next destination: Fort Tuirseach.

Getting to the fort itself is a little tricky. As you follow the road leading up to the fort, you’ll find that the path has been destroyed and Geralt will have to jump over a series of gaps.

I suggest saving your game before attempting the jumps, and just take your time to adjust Geralt’s position before each leap. Once you’ve made it into the fort, take a left and go down the spiral staircase that leads into a dungeon. Here, you’ll have to fight your way through a few level 20 Wraiths.

Once you’ve taken care of the Wraiths, search for a lever that hidden in the back of the room. Be careful though; once you’ve pulled the lever, the locked gates will swing open, revealing even more Wraiths.

One of the prison cells will allow you to drop down into a narrow passageway. Simply follow this path, killing any Wraiths you come across, until you reach a wall that can be blasted with Aard.

Inside the loot room, search in the corner for four gear diagrams that will give you the Ursine Armor, Ursine Boots, Ursine Gauntlets, and Ursine Trousers.

Read the letter to reveal your next destination: Fort Etnir. After collecting all the quest items, a few Wraiths will spawn in the room. Defeat them and pull the lever near the door to open a shortcut that leads you back to the start of the fort.

The next part of the scavenger hunt is probably the most challenging portion because you’ll be coming up against two Gargoyles and a level 30 Ice Elemental.

As you approach Fort Etnir, try to lure the lone Gargoyle on the right towards you with a crossbow bolt. After that, lure the second one on the left. The Gargoyle shouldn’t be much of a problem; it’s the Ice Elemental that’s going to give you a bit of trouble. I suggest using Quen and Igni against the fiend, and rolling away each time it slams the ground to summon ice spikes.

If you’re not feeling up to the task of fighting the Ice Elemental, run into the ruins on the right to loot the body for your next gear diagram. This diagram allows you to craft the Ursine Silver Sword. There’s also an Arrest Warrant that you can pick up, and it instructs you to explore the ruins of an inn.

This is probably the easiest part of the scavenger hunt. The ruins of the inn are surrounded by a group of Sirens along with their monster nest just a little ways away, but you can ground them pretty easily with Igni and your crossbow.

When you’ve taken care of the Sirens, head into the ruins and look for a hole in the ground that takes you to the basement. There are two Wraiths here blocking your way. Once they’ve been dispatched, check the corner of the room for your final gear diagram of the Ursine Steel Sword.

And that’s all there is to do. Pretty tough scavenger hunt, but I’d say it’s well worth the risk. The Ursine armor set has much better stats than the ordinary Cat School Gear, and it should last you for quite awhile in The Witcher 3.

That’s all you need to know for how to complete the Bear School Gear Scavenger Hunt. For more information regarding The Witcher 3: Wild Hunt, be sure to check out our ever expanding wiki.