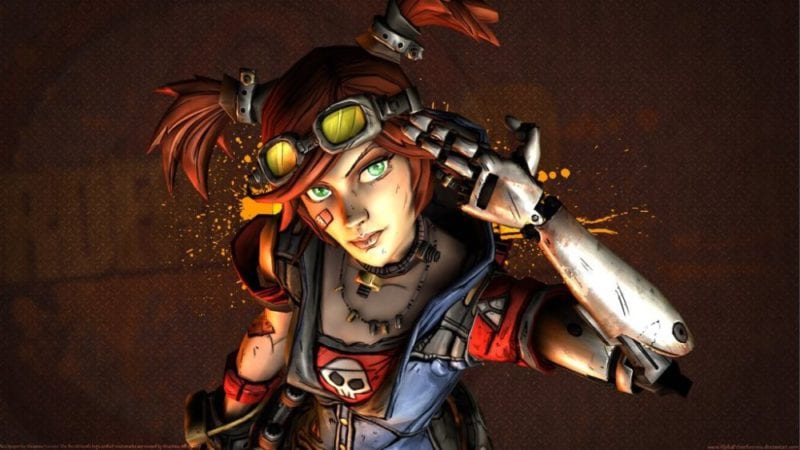 Gaige is the tech-loving sociopath of Borderlands 2. Her Summon Deathtrap ability brings a powerful robotic ally to the field, allowing Gaige to shoot opponents from afar while Deathtrap rips them several new ones. Playing as Gaige effectively means you’ll have to keep Deathtrap in the fray for as long as possible and ensure you both work together to keep each other alive while slaughtering your enemies. Leveling her up, though, can at times be difficult. That’s why we’re here with a guide on how to build Gaige properly in Borderlands 2 and the Handsome Collection.

The original Borderlands 2 capped players at level 50, whereas in The Handsome Collection (or after purchasing the correct DLC on PC or last-gen consoles) allows characters to be leveled all the way up to 72. While this does allow you to make use of an absolute smorgasbord of different talents, it’s still a limiting factor.

Yes with a maximum of 67 skill points available to you, it can be easier to make the right build. That doesn’t mean that enemies get any easier to kill. If anything, they become more difficult as Borderlands 2 goes on, meaning you’ll have to efficiently create a build that fits your play-style.

That’s where this guide comes in, really. First, we’re going to offer you some guidance on building Gaige into a beast while leveling in Borderlands 2, then offer you a selection of different builds to use at the maximum level available in Borderlands: The Handsome Collection. Without further ado, let’s get to leveling.

Touted as the most user-friendly character of the Borderlands 2 bunch by many, levelingas Gaige is often seen as the easiest way to get a character at level 72 in the game with the least amount of stress possible. That being said, her trees can still be a little difficult to understand.

Getting the most out of Gaige is tightly linked to spooling up Deathtrap’s engines in the best way possible while simultaneously ensuring you both survive. That’s what leveling, at least initially in Borderlands 2, is all about. A dead Vault Hunter can’t gain experience.

For that precise reason, one of the best ways to get the most out of Gaige when leveling is to focus your attention in the Best Friends Forever tree. Unloading every skill point possible into this tree allows both Gaige and Deathtrap to survive for as long as possible.

It may not have the same damaging power you’ll find in other ones, but there’s plenty of life-giving wonderment in Best Friends Forever to make up for that. Most of this selection pins itself on keeping your shields running. Buck Up, Fancy Mathematics, and Unstoppable Force all bring massive benefits to your shield regeneration capabilities.

Other skills like Cooking Up Trouble (health regeneration whenever you have a full magazine) and Sterner Stuff (5% damage reduction) will help to keep that big ol’ red bar on your screen from falling too quickly. Around this there are other skills that are created to turn you and Deathtrap into a dastardly duo of marvelous murder.

Upshot Bot makes Deathtrap last longer and fight harder with every kill, sort of like the worlds most powerful Viagra pill. In theory, this means that in any long fight you’ll always have a metallic matey-boy at your side.

After you’ve actually got Gaige leveled up, it’s time to start working out whether you want to play alone or with friends in Borderlands 2.

If you prefer to play alone, then making Gaige and Deathtrap into a self-sufficient pairing is going to be the name of your game. With that in mind it’s time to give Deathtrap a yummy upgrade with a laser cannon on his face. Dipping quickly into the Little Big Trouble tree will allow you to pick up The Stare. Getting to it by throwing 5 points into Myelin is a surefire way to help keep yourself alive too.

After this you could go down the Little Big Trouble tree and become more of an elemental powerhouse. There is, however, another way. A way to bring yet more Anarchy to the world ofBorderlands 2.

That’s done by going into the aptly named Ordered Chaos Tree. The opening skills in this tree set the tone for your whole journey throughout the game from this point on. Whenever an enemy is killed or you reload at the end of your clip, a stack of Anarchy is added to Gaige.

Getting a healthy sum of these in your hands will give Gaige a huge Gun Damage boost, while slowly chipping away at her Accuracy. If you’ve followed the leveling build that went before this page, now is a good time to go back to the drawing bored and remove the points from Cooking Up Trouble and putting them into Close Enough instead.

Where to go next is pretty self explanatory. Just run down the Ordered Chaos tree, gleefully throwing points into whatever feels best (or is listed above). Doing this will make enemies harder to hit, but much more satisfying when you do manage to land a bullet on their heads. Having those ricochet skills also helps.

One thing you simply must do though is put a point into Discord. Without Cooking Up Trouble, this will likely be your main way to regain health. Only ever manually reload whenever you need more health because Discord will give you health back after a reload, at the cost of all those lovely Anarchy stacks. It’s okay though, because the other talents here will help you to get them back.

Playing with other people more your game? Well we’ve got a suggested cooperative play build on the next page. This build will easily do well in multiplayer games of Borderlands 2 if you’re comfortable with it.

So you want to play with your friends? Well then you’ll want to be focused on dishing out as much damage as possible, won’t you? To do that, it’s time to take Deathtrap back into the workshop and give him as many delightfully brutal ways to bring the pain as possible.

Each of the trees in Borderlands 2 for Gaige houses a bonus for Deathtrap’s killing power after 5 points have been spent, with Little Big Trouble and Best Friends Forever having one available at 15 points. That’s one of the most important parts of this build. You’ve got to be strong, while Deathtrap can kill on your behalf when you’re out of range.

That means you’ll have to deal with that wonderful little Anarchy skill again. It’s not the end of the world though because Anarchy and Discord work astoundingly well when put alongside much of the Little Big Trouble tree.

Their greatest asset in fact is the Shock and “AAAGGGGHHH!” skill. Whenever you reload a huge electrical storm will roll around you. Now with plenty of Anarchy stacks you don’t want to reload, so it doesn’t sound that great but bear with me on this.

Whenever your magazine gets a little low you’ll just be setting off a free explosion. A nice benefit by all accounts. If you’re in trouble however, then Discord works well with Shock and “AAAGGGGHHH!” to give you a rewarding boost at the point of pain.

Throwing out a Discord reload when you’re low on health after moving in closer to whatever is killing you means that you’ll heal yourself while dealing loads of damage to whatever is nearby.

If you’re using this build, try to prioritize Shock weapons as Little Big Trouble is immensely helped by these. Also keep Deathtrap in view so you can shoot him to grant the robotic badass a little helping hand.

Don’t forget that these builds aren’t set in stone. Your build may suit you better. If you’ve got one you use, share it with us in the comments below.