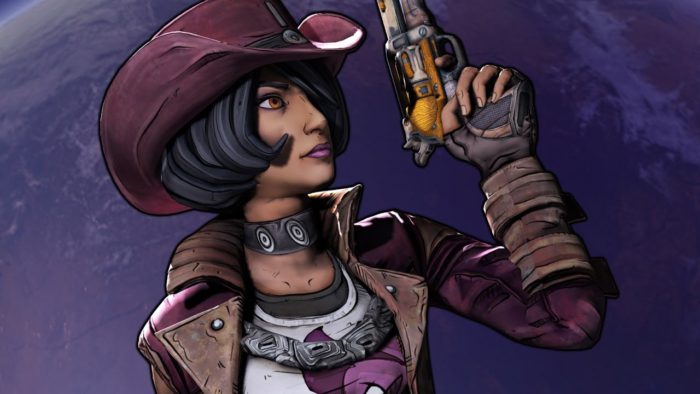 Nisha is a force all unto herself in Borderlands: The Pre-Sequel. Her Showdown skills allows Nisha to destroy enemies with pinpoint accuracy thanks to automated aiming and reload speed boosts. If you’re here, you’re probably wondering how to build Nisha in Borderlands The Pre-Sequel in order to make her play at maximum efficiency. Here’s our suggestions.

How to Build Nisha in Borderlands The Pre-Sequel

Outside of Showdown, Nisha isn’t just a one trick pony. Most of her skills are built around raining bullet-shaped death upon whoever dares stand before her. Leveling her up, though, can at times be difficult. With such a wealth of different talents on offer, most of which are useful, it can be hard to work out exactly where you should be putting those skill points.

The original Borderlands: The Pre-Sequel capped players at level 50, whereas in The Handsome Collection (or after purchasing the correct DLC on PC or last-gen consoles) allows characters to be leveled all the way up to 70.

While this does allow you to make use of an absolute smorgasbord of different talents, it’s still a limiting factor. Yes with a maximum of 67 skill points available to you, it can be easier to make the right build. That doesn’t mean that enemies get any easier to kill.

If anything, they become more difficult as Borderlands: The Pre-Sequel goes on, meaning you’ll have to efficiently create a build that fits your play-style.

That’s where this guide comes in, really. First, we’re going to offer you some guidance on building Nisha into a beast while leveling in Borderlands: The Pre-Sequel, then offer you a selection of different builds to use at the maximum level available in Borderlands: The Handsome Collection. Without further ado, let’s get to leveling.

Nisha’s greatest weakness is probably her lack out outright survivability when compared to other Vault Hunters in Borderlands: The Pre-Sequel. Wilhelm has his bots, the Doppleganger has his drones, Athena has her shield, even bloody Claptrap can spawn minions, and yet Nisha can aim better.

Sounds awesome at first but, when there’s a moon full of angry wildlife and barbaric Scavs bearing down on you, something else to take the strain of being shot at would be nice. Luckily for Nisha, she doesn’t need minions when built correctly as she levels.

Before you even think about looking at Nisha’s skills though, you’ve got to remember that for her, a good offensive is her defense.

Enemies can’t shoot you if their face has more holes than a government-sponsored finance bill. Showdown is powerful on its own though, so ensuring Nisha has the ability to survive should she be overrun is paramount to the build above.

Make your first port of call Bona Fide Grit and you’ll have a tasty boost to healing over time and your damage dealing capabilities. Now you’re best bet is to head over towards Nisha’s Law & Order tree and start filling it up.

The chance to heal for double your damage taken is a great part of Order and one you’ll want to make use of throughout Borderlands: The Pre-Sequel. Bring along a hefty shield and, in theory, Nisha should be nearly unstoppable.

Augmenting Order with stuff like Wanted, which increases the damage done to those who deal damage to you, plus Discipline, a skill which makes you stronger at high Order stack levels, will slowly but surely make your attacks impossible to halt.

Throwing in skills like Jurisdiction and Blood of the Guilty is never a bad idea either. At this point, the simple leveling build stops holding your hand and lets you free.

There are a few other skills in Nisha’s possession, like Saddle Up or Ruthless, that can go a long way to helping you along, but that’s down to you to decide. This bare-bones framework serves to make Nisha as implacable as possible.

With the leveling stuff out of the way, we can start looking at builds for solo and co-op play in Borderlands: The Pre-Sequel.

Now things can start getting fun. Taking Nisha on towards level 70 with a maxed out skill set is a bullet-fueled joyride into the gates of Elpis. Nothing can stand in your way, and everything will fall beneath the spur of your boots. It’s still not all that easy to choose, though.

Build Nisha correctly however, while bringing along some awesome class mods, and you’ll have a gunslinging death-dealer capable of bringing down anything, up to and including raid bosses, without losing her hat.

This build follows on from the leveling one stated earlier because, without those beginner benefits, it can be pretty difficult to survive as Nisha without going through Fight For Your Life every 10 seconds.

By adding Rarin’ to Go and Thunder Crackdown to your skills, Nisha can become exceptionally powerful thanks to additional Order stacks, while also getting a get out of jail free card in the form of a conal shock attack. Pesky little varmints with a shield aren’t going to last very long if you combine this with Showdown.

After that’s done, jump into Fan the Hammer, taking Saddle Up and Bottled Courage to give Nisha a means to further augment her gun damage while boosting movement speed. Just don’t fill out Bottled Courage, you’ll be needing those points for a merry jaunt down The Riflewoman tree.

This is where Nisha really becomes a badass. With everything from insane reload boosts to ricocheting bullets to the ability for all of her shots to count as critical hits after a kill, The Riflewoman is a tree to bow before when going into more advanced solo play in Borderlands: The Pre-Sequel.

Raid bosses are going to fall quicker than you can crack a whip when every first shot you fire is powered up, then turned into critical hits by recent kills before finally allowing your missed shots to fly straight into their backs.

We aren’t all alone though, so how exactly would you go about building Nisha for co-op play in Borderlands: The Pre-Sequel? Well, lets go find out.

Playing Nisha cooperatively with someone else in Borderlands: The Pre-Sequel opens up a whole host of opportunities for the go-getting law-bringer in you. Instead of having to focus all of your attention on staying alive, you can leave some of that up to your companions and expend a little more energy on dispatching your prey

This build doesn’t totally disregard the need to survive, however. Points are still thrown into the Law & Order tree because Order is such a great buff that no-one should want to ignore it.

To be effect in multiplayer gameplay through Borderlands: The Pre-Sequel, Nisha has to become something of a glass cannon.With these skills, she’ll be more of an armored blunderbuss.

Fan the Hammer may not be the best tree in the world, but it does offer a very unique opportunity close to the end in the form of Hell’s Comin’ with Me.

This can cause your weapon to fire twice after reloading. Kit Nisha out with as many weapons as possible with small magazines (mainly Jakob’s gear) to really make use of this skill. Twin this with a heavily pumped up Riflewoman tree and you’ll be set for some serious fun.

Of course, if you don’t want to ‘waste’ points in Fan the Hammer, you can save some of them and find a home in Hot Lead and Tombstone. Combining the two can give you a tonne of free fire damage along with heavy critical damage capabilities.

Do take now that these builds are not some sacred text. You’re more than welcome to modify them to your own needs or completely ignore them. These are but solid suggestions that to help those who may be struggling to create a good build for use in Borderlands: The Pre-Sequel.