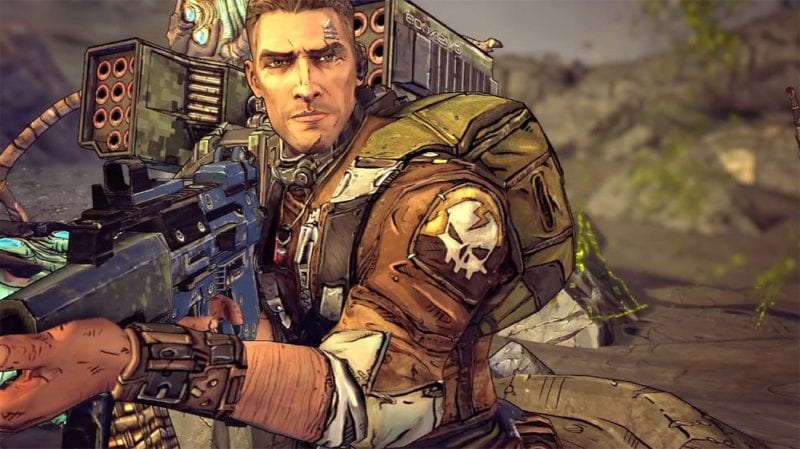 Axton stands out as being something of an all-rounder in the world of Borderlands 2. His turret allows players to throw a fixed point of assistance into the fray while his own personal strength. Playing Axton effectively requires players to use their own intelligence to position their turret in just the right spot to assist them in taking down opponents, while making use of their own trigger finger to make the difference. Leveling him up, though, can at times be difficult. Here’s our guide for how to build Axton in Borderlands 2 in the Handsome Collection.

How to Build Axton in Borderlands 2 Handsome Collection

The original Borderlands 2 capped players at level 50, whereas in The Handsome Collection (or after purchasing the correct DLC on PC or last-gen consoles) allows characters to be leveled all the way up to 72.

While this does allow you to make use of an absolute smorgasbord of different talents, it’s still a limiting factor.

Yes with a maximum of 67 skill points available to you, it can be easier to make the right build. That doesn’t mean that enemies get any easier to kill. If anything, they become more difficult as Borderlands 2 goes on, meaning you’ll have to efficiently create a build that fits your play-style.

That’s where this guide comes in, really. First, we’re going to offer you some guidance on building Axton into a beast while leveling in Borderlands 2, then offer you a selection of different builds to use at the maximum level available in Borderlands: The Handsome Collection. Without further ado, let’s get to leveling.

Prospective Axton users will already have seen that he’s got a lot of talents at his disposal that’ll help the turret-flinging terror alive without the need for any extra effort.

These are the skills that should be prioritized when climbing up the ranks in Borderlands 2 because a dead Vault Hunter is a useless Vault Hunter.

Your first port of call should be to put 5 points into Preparation. This will allow you to regain health between fights or by taking cover in battle as your pool regenerates by a 2% (when maximized) per second when Axton’s shields are at maximum.

After this, head over to the Guerrilla tree, filling out both Sentry and Willing. This means that your turret is more capable of dealing damage while your shields regenerate much faster, allowing Preparation to be used to full effect.

Before going any further, stick one point into Scorched Earth to help you deal more damage as your opponents become stronger.

Now’s the time to throw a whole host of points at Able. Whenever you damage an enemy with this talent, you’ll be regaining health.

Since Axton is already great for those who like Vladof weapons, this talent is utterly necessary to keep you breathing while you’re still getting stronger. After that’s been done, bounce back over to the Survival tree and max out Last Ditch Effort.

Enemies are now likely becoming powerful enough to take you out if you’re a little unlucky. This increase in movement speed and gun damage will get you up and about quicker than usual.

Throw one point into Phalanx Shield to give you a mobile safespot (and give your turret a survivability boost) and finish off with 5 points in Quick Charge.

Quick Charge finishes off the whole shield/health regeneration boost for Axton, turning you into a nigh-on indestructible force on the field of battle. By now, you’ll be running around at level 37 and that’s where this leveling build ends.

By now, you’ll know Axton well enough to choose your own path to glory.

If you’re still looking for guidance though, on the next few pages you’ll find a collection of max level builds for solo or multiplayer gameplay, along with a couple of focused ones built specifically to utilize Axton’s unique abilities.

As you head into level 72 territory, your enemies are going to become much more difficult. This means that you’re going to have to seriously up your game to make Axton work.

While Axton is never technically solo due to his turret, he still has to be carefully built in order to maximize his unique skills while avoiding any significant issues.

Borderlands 2 isn’t a game that you play through once and get to the end. By the end of your first playthrough you’re already thinking about your final build. So let us take the weight off of your shoulders with our own suggestion for those planning to play Axton solo.

The first thing you’ll notice about the build above is that it utilizes the end talents of Guerrilla and Survival. There’s a damn good reason for this; they’re incredibly powerful in Axton’s capable hands.

One grants your turret the ability to inflict slag effects on your opponents and the other offers the chance to throw two turrets into the mix.

The application of Slag allows you to avoid having a weapon in your inventory that exists only to apply this effect and the double turrets thing is — well, obvious, surely. Double the gun, double the fun.

When it comes to everything else there are a few choice talents to make solo gameplay easier. Grit can sometimes be imperative to saving your life since it’ll offer the chance to ignore damage and regain health.

Metal Storm twinned with Onslaught means that after something dies, you’ll be able to kill the next opponent even quicker and help you maintain that speed.

Finally adding in both Longbow Turret and Resourcefulness means that there’s plenty of opportunity to place turrets quickly and in any position you choose.

That’s solo gameplay out of the way, so up next is a build for co-operative gameplay.

Playing Axton alongside other players isn’t actually that much different to playing him alone.

His most effective abilities are the still the same when with others, although there are some talents which become less useful. When looking at this as a co-op build, one must assume that you’re not going to be the focus of the enemy’s attention forever.

That means throwing points into the health and shield regeneration skills is not quite as important. Of course, this all depends on who you play with, but this has been built under the impression that your partner will be able to heal you or take the enemy attacks while you deal damage.

Whatever is a turret-toting military man to do when they can’t focus on keeping themselves alive. The answer is simple really, focus on destroying whatever’s in front of them with blistering amounts of lead and death.

Skills such as Metal Storm, Onslaught, and Pressure all come together to reduce your reloading downtime to a point where it’s barely noticeable.

They’ll also allow you as Axton to get around the battlefield faster and destroy whatever ugly creature has decided it wants you for lunch.

Throwing points into talents which might otherwise appear to be useless like Ready and Expertise may seem a little dumb at first, but they join the aforementioned talents in slashing the time you spend unable to deal damage.

Of course you’ve still got the ability to tear enemies apart with double turrets but when using this, make sure to remind your co-op partner that they can ask for a shield.

Being on hand to throw a turret towards your companion when they’re in trouble could save their life as the shield gained from Phalanx Shield is enough to save many people from a sticky situation.

Do remember that these builds are not sacred. You don’t have to stick to them, nor are they the be-all-and-end-all of playing Borderlands 2 as part of the Handsome Collection with Axton. They’re simply a guideline to be used when you’re building your own death-dealing menace.